* Disclosure of Material Connection: I am a member of Charisma Media and a copy of this book was provided to me by the author. Although payment may have been received by Charisma Media, no payment was received by me in exchange for this review. There was no obligation to write a positive review. All opinions expressed are entirely my own and may not necessarily agree with those of the author, publisher, publicist, or readers of this review. My Cozie Corner is not responsible for sponsor prize shipment. This disclosure is in accordance with the Federal Trade Commission's 16 CFR, Part 255, Guides Concerning Use of Endorsements and Testimonials in Advertising. 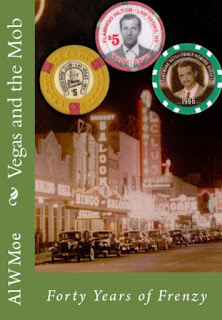 
The truth about Las Vegas, unlike the watered-down versions you might have heard elsewhere. Sin City was the Mob’s greatest venture and most spectacular success, and through forty years of frenzy, the FBI watched, listened on phone tapes, and did virtually nothing. Thank goodness for that, because Vegas wouldn’t be what it is today without the Mob!

Two of the nation’s most powerful crime family heads went to prison in the 1930’s, Al Capone, and Lucky Luciano. Frank Nitti took over the Chicago Outfit while, Frank Costello ran things for the Luciano Family. Both men were influenced by their bosses from prison, and both sent enough gangsters onto the streets to influence loan sharking, extortion, union control, and drug sales.

Bugsy Siegel worked for both groups, handling a string of murders and opening up gaming on the west coast, and that included Las Vegas, an oasis of sin in the middle of the desert – and it was legal. Most of it. The FBI watched as the Mob took control of casino after casino, killed off the competition, and stole enough money to bribe their way to respectability back home.

New York’s “Lucky Luciano” was getting a taste of the profits in the 1930’s, Detroit, Kansas City, and Chicago weren’t far behind. By the 1940’s, nearly every crime family in the United States had a stake in a Las Vegas casino. Some did better than others. Vegas casino owners watched-over their profits while competing crime families eyed each other’s success like jealous lovers. Murder often followed.


About the Author, Al W Moe: 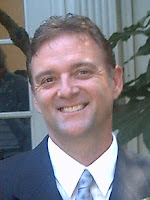 Al W Moe was born in Cincinnati, Ohio and introduced to the casinos of Nevada at the age of eleven. At the time he had never seen such an amazing array of sights, sounds, and exciting games. Little has changed since that first introduction.

Moe is the author of six books and has written for Gambling Times/Poker Player, Pokernews.com and Casino and Gaming Chips Magazine. His love for casinos and the history of gambling are only exceeded by the thrill he gets learning new casino games and his desire to teach new players how to get the most for their money at the casino.

Education:
Moe attended the University of Nevada at Reno and holds a Bachelor's Degree in Business Administration and Marketing. He especially enjoys the disciplines of probability and statistics.

From Al W Moe:
Casinos and the games they offer have occupied my thinking most of my life. The early casino owners, especially when it involved the Mob in Las Vegas are a fascinating subject. It is amazing the Mob was able to skim the profits of clubs in Nevada for over 40 years. The story of how they did it is even more amazing!

Purchase "Vegas and the Mob" on:
Amazon - Kindle
Amazon - Print

Al pens "Vegas and the Mob", a well written piece of history about the mobs role in developing Las Vegas starting back in the 1940's thru 1970's. Al's vivid descriptions of the characters and of old Las Vegas makes you feel you are right there as he is describing it. I've read a couple of Al Moe's books but this one I think was my favorite one. Highly recommended for all readers who love a taste of Las Vegas and it's history.