Welcome to My Cozie Corner's stop on the
"Empire Betrayed" book tour.
This tour is brought to you by Innovative Book Tours. 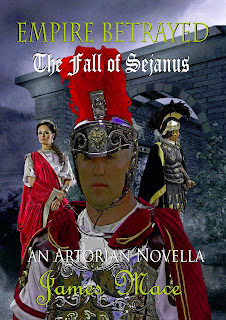 In 29 A.D., Emperor Tiberius Caesar, living in self-imposed exile on the Isle of Capri, entrusts his Praetorian Prefect, Lucius Aelius Sejanus, with the administration of the vast Roman Empire. Under Sejanus’ iron fist, and unbeknownst to Tiberius, the ranks of the Senate and equites are subsequently purged of the Praetorian’s enemies. Treason trials, once prohibited in Rome, have become commonplace as Sejanus relentlessly punishes any who would defy him in his quest for power.

After many years of commanding the cavalry of the Army of the Rhine, Tribune Aulus Nautius Cursor at last returns to Rome, amidst the turmoil. Two years later is elected as a Tribune of the Plebs; the representatives of the people who hold the power of veto over the Senate. It is Cursor who discovers Sejanus’ sinister plans; that he seeks to overthrow Tiberius and name himself Emperor.

Duty bound to save the Empire from falling further under a tyrannical usurper, Cursor resolves to unravel the conspiracy and bring the perpetrators to justice. Aiding him is an old friend; a retired Master Centurion named Gaius Calvinus. Regrettably, they know that if successful, Tiberius’ retribution will be swift and brutal, sparing neither the innocent nor the guilty. This leaves only two dark paths for Cursor and Calvinus; either allow the pending reign of terror under a ruthless usurper, or unleash the unholy vengeance of an Emperor betrayed. 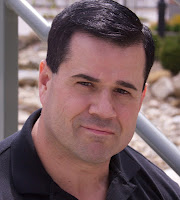 Born in Edmonds, Washington, author James Mace is currently a resident of Meridian, Idaho. He enlisted in the United States Air Force out of high school; three years later transferring over to the U.S. Army. After a career as a Soldier that included deploying to Iraq, in 2011 he left his full-time position with the Army National Guard to devote himself to writing.
His well-received series, "Soldier of Rome - The Artorian Chronicles," is a perennial best-seller in ancient history on Amazon. In his latest endeavors, he also branched into writing about the Napoleonic Wars. After he finishes the last of The Artorian Chronicles in 2013, he looks to expand into a series about the Anglo-Zulu War of 1879.

James Mace pens "Empire Betrayed" in a plot that takes you to the ancient era of the Roman Empire. Filled with historical facts and fiction, I found his characters to be interesting  but they needed just a bit more development in my opinion. I enjoyed the book and would recommend it to all historical fiction fans.

I give "Empire Betrayed" a 4 star rating.