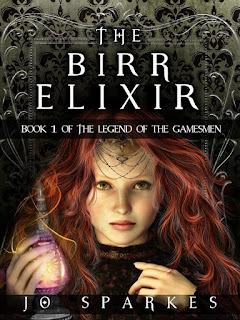 But when Drail of the Hand of Victory saw the words in an old book, she found herself agreeing to make it. Even lacking the right ingredient.

And after drinking it, the Hand of Victory defeated a Skullan team, something no one had ever done before. Now Drail walked the path his grandsire had walked, and Marra was offered a place as Brista, his potions mistress. She doubted her ability, but took the chance to escape her slave-like existence.

When she found a way to wake the mysterious sleeper, Marra wondered if she deserved the title after all.

But with Tryst's waking, ill luck and bad things suddenly dogged their tracks. Drail, being a man of action, saw only the good in people. Marra lacked his faith, but was frozen by her own timidity. When the time came to confront these enemies, would Tryst stand with them or against them?

Would it make any difference? 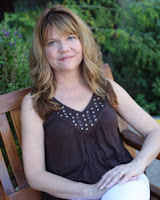 Jo graduated from Washington College, a small liberal arts college famous for its creative writing program, forgot about writing totally, until she had a chance to study with Robert Powell, a student of renowned teachers Lew Hunter and Richard Walter, head of UCLA’s Screenwriting Program.

She has written feature film scripts, scripts for Children’s live-action and animated television programs, a direct to video Children’s DVD, and commercial work for corporate clients. A featured writer on several websites, she was a member of the Pro Football Writers Association and (very unofficially) the first to interview Emmitt Smith when he came to the Arizona Cardinals.

Jo served as an adjunct teacher at the Film School at Scottsdale Community College, and even made a video of her most beloved lecture.

Her book for writers and artists, “Feedback How to Give It How to Get It” has received glowing reviews.

When not diligently perfecting her craft, Jo can be found exploring her new home of Portland, Oregon, with her husband Ian, and their dog Oscar.

Purchase your copy at AMAZON.