{Promotional Blast} "To Bewitch a Highlander" by Lily Baldwin 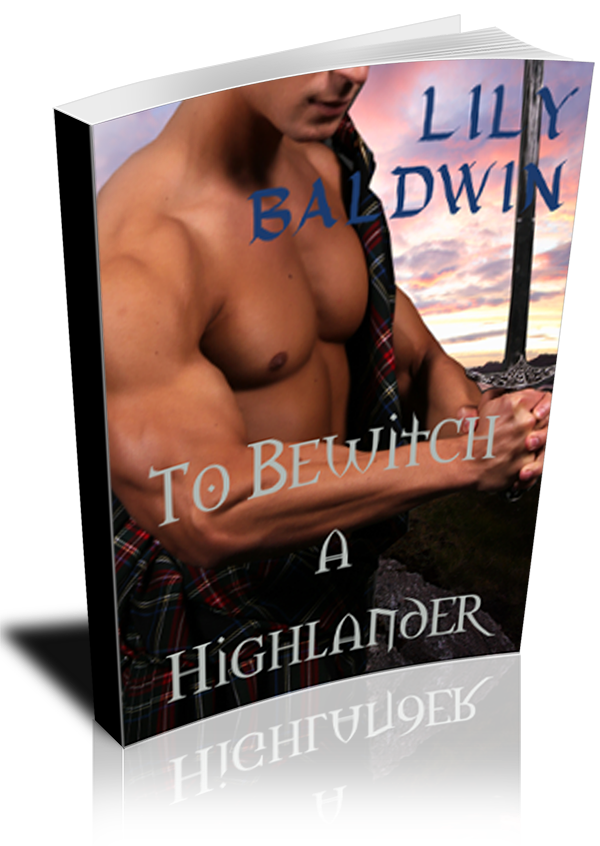 Shoney's lightning speed with a bow captures Ronan by surprise, and their chance meeting ends with him lying unconscious at the bottom of a ravine.

When he awakens, he cannot rid his mind of her startling beauty, her valor, or the secret fear he glimpsed in her steel eyes.
He vows to find her, but as the mysteries of her identity unfold, his courage and heart are tested as never before.

Shoney gripped a large rock with one hand to keep from rising to the surface and was hurriedly scooping handfuls of Dulse with the other, putting the slimy clusters into the sack hanging about her neck. Dulse was her favorite seaweed. Its translucent pink color was hard to spot, but it grew in bushels at the bottom of her pool. If infused in a bath, it soothed sore limbs, and its oil cleansed the skin, clearing away unsightly dry patches. Satisfied she had gathered enough, she released the stone and swooshed her arms, swirling in a circle. Her hair fanned out, covering her face and wrapping around her waist.

The sting from the icy water subsided so that she could truly enjoy the feel of being submersed. The bottom of the deep pool gleamed with smooth white rocks, which seemed to light the murky water. She was enclosed inside rocks directly below her home where she knew none of the clansfolk would ever dare to venture, allowing her to leave behind the Witch’s cloak and every other stitch of clothing for that matter. Nothing delighted her more than to feel the rush of cold water over her bare limbs. Nothing made her feel more alive, but she was running out of breath and knew she had to surface.

Her feet touched down on the bottom, and she bent her knees, pushing against the white stones to hasten her swim to the surface, but she did not surge through the water as expected. Large hands grabbed her from above, blocking her momentum. She seized with panic as she flailed against her captor’s grip. The water churned, bubbling from her efforts, but she was powerless against the strong arms that wrapped around her from behind and pulled her against the unyielding hardness of a man’s chest. Every corded ridge of muscle pressing against her naked back shifted as he pushed off the bottom, propelling them both toward the surface.

They emerged from the depths, and he pulled them to the edge of the pool. Shoney sucked air into her lungs. Too long had she been submersed and now felt dizzy. Despite her reeling head, she lunged to escape the hands still grasping her shoulders, but his hold only tightened. Then, for the first time, she tilted her head back to look upon her captor.

“You”, she exclaimed. “What are you doing here?”

“Taking a bath”, she gritted.

She could not believe the giant, the one called Ronan, was in her pool. How dare he invade her rightful territory. Fury consumed her but also terror. Not only was she unarmed, but he was even larger than she first realized.

He turned her around in his arms so she faced him. Then he wrenched the sack from around her neck and threw it into the water. Shoney watched as it sunk beneath the surface. “I have been searching the whole island for you for a fortnight only to find you nigh drowning, leaving me no choice but to dive in to save you.”

“Save me? Is that what you thought? That I was drowning.” She could not help laughing, but stopped when his hand slid down the curve of back.

Shoney was suddenly very aware of her state of undress. Her curves were concealed from his eyes by the water, but what he could not see surely he could feel as his arms pressed her close. She gasped as she felt the contours of his muscles shift against her skin. The heat of his body provided warmth against the frigid water, and his arms seemed to touch more than just her waist. They reached beyond her physical form, satisfying a craving for contact, which solitude had entrenched deep within her heart. He was powerful and intoxicating, and her response to him was shocking. She never imagined a man would feel so good, so strong, but she knew it had to be wrong. Shouldn’t she be outraged? She had to escape his hold. Her hands pressed against his wide chest as she thrust away from him, but he wouldn’t budge.

“Let me go, this is indecent”, she snapped.

“No more indecent than leaving me to die, lass. I was only trying to save you.”

“The only saving I need is from you”, she hissed through gritted teeth. “Release me. You have no claim over me or my body as I am neither your wife nor your whore.” She renewed her struggles and shrieked, “Let go of me.”

His grip loosened slightly, and she felt the warmth of his breath as his head dipped close to hers. His hand swept the length of her torso and then gently caressed her cheek.

“I know I need to let go of you,” he whispered. “I know that I am disgracing you as well as myself, but I cannot bring myself to do so.”

She met his smoldering gaze. His lips were but a whisper away from hers. Try as she might, she could not take a deep breath. Her quick, shallow breathing was unnerving. And then as he pressed her body into his, her breathing was forgotten completely as was the cold water that encircled them, the crash of the waves, and the call of the birds. All she was aware of was his eyes, the closeness of his mouth, and the racing of her heart. He slowly lowered his lips, taking possession of the soft skin just below her ear. She closed her eyes, feeling a strange heat at the place where his lips had been. His hot kisses trailed down the length of her neck. The heat spread like languid fire throughout her body.

She had never felt the strength of a man’s hands on her skin. Nor had she ever known the tenderness of a kiss. Her breathing quickened. Her body felt like it was swelling, preparing to burst, and she liked it. She pressed herself closer and felt the crushing strength of his muscles as her fingers explored his form. Her hands swept down his powerful arms, sliding over muscled ridges. And then they traveled down past his lean waist to stroke the length of his hard thigh, but instead of smooth, wet skin, her fingers touched something cold and sharp.

Her eyes snapped open, and her senses returned with a strength that would have knocked her over had it not been for the water and the support of his caressing hands.

Mother of all, what spell was this?

He was even more dangerous than she first imagined, for he could control her thoughts and her body. She had to break away from his embrace. Her hand returned to his thigh, only this time she had no intention of stroking his skin. She seized his dirk from its sheath and with a practiced hand she thrust the pointed end of the blade beneath his chin. She smiled ruefully at the small droplet of blood that appeared beneath the dagger’s point.

“You keep your blade sharp. I thank you for this kindness.” 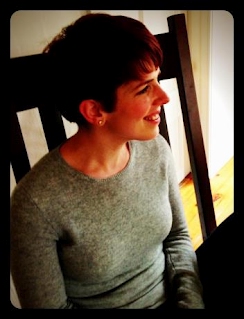 Writing historical romance has been Lily's lifelong dream. She lives a quiet life in New England, surrounded by family.