{Book Review} "The Bloodbath Ritual (Part One of the Alex Hollick F.B.I. Series)" by Andrew Downs 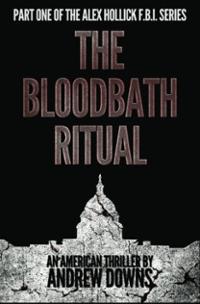 
“The Blood Bath Ritual is a mind bending thriller, filled with a series of bloody events and a volatile jar of secrets, as a man’s perception of truth, is shattered.”

Alex Hollick, of the FBI, has led the L.A. Robbery Division for the past five years, but a fatal mistake during a sting operation, is about to change all that. Follow Hollick, on a life-altering journey, through torture, betrayal, drug abuse, deception and murder. As Hollick’s life, spins out of control, he is forced to face the reality of who he is and the world he lives in, as it all comes crashing down.

The Alex Hollick F.B.I. Series follows the life of a young FBI Agent in the mid to late eighties. Given the task of investigating satanic crime for a secretive division of the bureau, Hollick faces the difficulties of maintaining balance between the heinous nature of his work, and the chaotic temperament of his personal life, which all too often clash.

Bonus Material: Includes a sample of Rotten Was the Harvest: Part Two of the Alex Hollick F.B.I. Series.


About the Author, Andrew Downs: 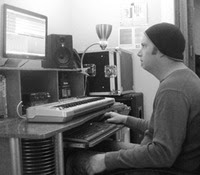 Andrew's debut novel, "The Alex Hollick FBI Series (Part 1: The Bloodbath Ritual)" will be out on Black Friday, November 23rd, 2012. An American Thriller, set in the 1980's, "The Bloodbath Ritual," contains a riveting plot that twists, turns, and tangles every step of the way.

Andrew's writing style is reader focused. Just the right amount of detail is added, to give a vivid depiction, without intruding on the reader's freedom to imagine. With heavy focus on character development, original dialogue, and intertwining plot lines, "The Bloodbath Ritual," reads like a novel, but moves like a film. At its heart, the book is a thriller, spiced with suspense, politics, mystery, romance, and more.


Andrew pens "Bloodbath Ritual", a murder mystery, in a plot that kept me on the edge of my seat. I found great character development throughout the book with a main character that is totally likable. My only problem was that I kept looking for the ritual, which doesn't come into the story line until the end. Also the character descriptions were a bit long for my taste in the beginning of the story, but by the time I reached the end, I did understand why. All in all this was a good read and enjoyed reading it.

I give "Bloodbath Ritual" a 4 star rating.