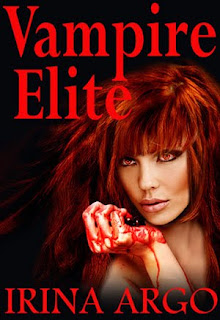 Vampire Elite is a new vampire series
The first two parts are released in one volume
Vampire Elite
Part 1. Prophecy
Part 2. Keepers of the Key

What will he do if saving his people means destroying the woman he loves?

A millennia-long war between two immortal races is about to come to an end. Long ago, the Vampire Elite began capturing the immortals called the Amiti, attracted by their unique blood properties. Now most Amiti live in underground cells, forced to serve as vampires’ bloodstock. The few surviving free Amiti, preparing a final strike, have declared their Queen a traitor. Her execution makes possible the rise of a new Queen, her young daughter Arianna, who will inherit her mother's mystical powers. Working with the Keepers of the Key, Arianna may be able to eliminate the vampires, once and for all, from the face of the earth.


The new Queen is the last hope to save her dying race
and she's ready to fight to the last drop of her blood.
But the King of the Vampires has other plans.
What neither expects
is the passion that erupts between them.

Vampire Elite is an epic story of a bitter conflict between two immortal races, and the effect of that conflict on everyone living in its grip. The characters are driven to love and betrayal, vengeance and sacrifice in a world without easy black-and-white answers.

Based on an ancient Egyptian legend, packed with action and intrigue, Vampire Elite will pull you into the entrancing world of immortals and open new portals into their hidden universe. 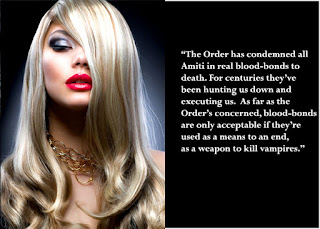 Members of the Vampire Elite are about to celebrate the total defeat of their enemies, the Amiti. But the vampires’ victory will not be complete until they eliminate the final Amiti safeguard: the Keepers of the Key.

The Keepers are five Amiti originally named by Hathor, the Egyptian goddess who created the Amiti. Knowing how dangerous life on earth will be for them, Hathor gave five Amiti the ability to unlock the powers of the Egyptian gods by symbolically turning the Key of Life, the Ankh. If the five Amiti Keepers come together and focus their will on the Ankh symbol, visualizing it with the intention of unleashing the powers of the gods, the Key will be turned. The catch is that nobody actually knows what might happen if the powers of gods were to be unlocked: some believe that those powers will be the Amitis’ to command; others believe that turning the Key will unleash total chaos and destruction. The ancient legend about the goddess Sekhmet’s rampage across Egypt and how close she came to totally annihilating life on earth is vivid in both Amitis’ and vampires’ minds. However, the Amiti have reached the breaking point, fearing their own total decimation, and virtually all of them agree that it is time to take this extreme step. And the vampires, of course, will do all they can to stop them.
In the Vampire Elite everyone has their perspective, and to some degree everybody is right; both immortal races are fighting for the survival of their people. The fact that the novel offers no black-and-white answers, no purely evil or purely good choices, means that readers never know which side to take. Beware: it will keep you on your toes.

About the Author, Irina Argo:

Irina’s world is dark. She works as a clinical psychologist in a Juvenile Correctional Facility dealing with the extremes of human behavior on a regular basis and takes care of her paralyzed husband who suffered a stroke several years ago. To bring light into her life she writes. Writing has always been her passion. She is originally from Russia where she was employed as a TV journalist.

Jo-An is a Leo, a lioness who has emerged to follow her dream, to someday write a book of her own. She owned a costume shop for 15 years and was able to satisfy and excel in her creative nature. She is an over-achiever and believes that anything is possible if you believe in yourself and ignore the nay-sayers. Her philosophy is based on Shakespeare "It is not in the stars to hold our destiny, but in ourselves." She currently resides in California with her 5 cats and 1 husband.

Irina pens "Vampire Elite" in an original, unique and complex plot filled with drama, romance, suspense and vampires like you've never seen them before. The authors characters were very well developed with great chemistry between them and I loved how the immortals such as Amiti were interwoven. A fantastic read that kept me turning the pages until I was finished and one that I highly recommend to all vampire, supernatural fans.

I give "Vampire Elite" a 5 star rating.