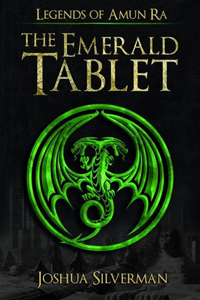 
Leoros doesn’t have many friends. The son of a scientist and archeologist, he is constantly on the move. But when his parents make a startling discovery in Egypt, Leoros’ world is turned upside down.

Do you wish you could have the power of a god? Would you use it for good…or for evil?

When an archaeologist discovers the mythic Emerald Tablet buried beneath Egypt’s desert, her son decodes the ancient text leading him to a distant world.

On that world, a slave girl begins a journey towards a destiny she cannot imagine. But when an ancient foe rises from the ashes, they will be brought together by forces neither understands.

Leoros, who dreams of being like the heroes in the comic books, must fight to unlock the secrets of the universe to save a people he never knew existed.

Atlantia, whose bloody visions wake her in the night, senses the darkness coming.

Together they will face an enemy with the power of dark energy, lose a mentor to the assassin’s blade, and be betrayed by someone they trust. Their fight for the future is just beginning, and before it is over, a final sacrifice must be made. When the darkness comes, will they stand and fight or will they join it?

There is darkness in everyone.


About the Author, Joshua Silverman: 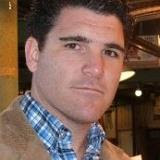 Joshua Silverman was born in Washington, D.C. and raised in Orange County, California.

While attending California State University, Fullerton and studying Criminal Justice, Joshua was introduced to a creative writing class where he wrote a series of paranormal stories. As a child, he has always been an amateur historian, focusing on ancient Egypt, Greece, and Roman civilizations.

Since working in the legal environment, he has combined his passion for creative writing with his love of ancient history by penning his debut novel, The Emerald Tablet, the first of seven in the Legends of Amun Ra series.


Joshua pens "The Emerald Tablet" in a plot filled with action, romance, mystical, spirituality, taking pieces from the fantasy, history and sci-fi genres. There are many characters involved that Joshua brings them to life and they are quite complex but I found it wasn't all that hard to decipher who is who. A nice old fashioned battle between good and evil where the real action actually starts somewhere towards the middle of the book and a must read for all.

I give "The Emerald Tablet" a 4 star rating. 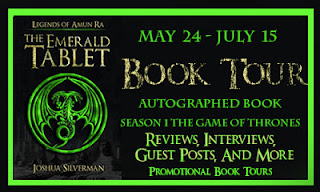