{3 Book Reviews} "Into the End Series" by Bonnie R. Paulson 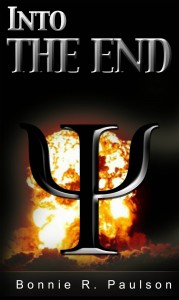 Rachel Parker in Into the End can IDENTIFY fear, she can DEFINE it, but she doesn’t feel it. Not anymore. Not since the tests.

Her inability to feel fear may be the reason why the rest of America is screaming in terror.

America’s end is near.

No one knows why, but the great country is under attack.

After being weakened by countless natural disasters, America opens its airspace for aid. But instead, what is left of the devastated west coast finds itself nearly obliterated from above. The key may belong to tests designed by a Pacific Northwest psychologist, Rachel Parker.

Rachel loses the love of her life in a house fire as they escape with their children to the nearby Rocky Mountains following the first round of air raids. In refuge, she faces her husband’s best friend, Joshua, but doesn’t want to face his ill-harbored feelings or her own inability to face fear.

Her sister, Brenda, escapes the fallen city, and, mistaken for Rachel, is captured. Terrified and alone, Brenda is protected by the enigmatic Daniel even while he helps keep her captive. Through torture and mind games, Brenda discovers information about her sister’s work that could spin the free world into a tumultuous frenzy where the unknown is safer than reality. 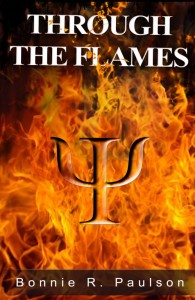 America is burning. The unknown blinds the citizens from fighting.

Dr. Rachel Parker’s worst psychological designs are loosed on America by an unknown enemy. She leaves the safety of the mountains for the destruction of town to face her co-designer, Daniel, whose role is blurred by the smoke of deception. Captured by militia, Rachel has to find the answers she’s seeking. She’s not prepared to look within her own damaged mind for the solutions. Rachel’s frame of sanity and emotional stability lay on the line parallel to the country’s circumstances.

Brenda Krous, Rachel’s sister, possesses information that could change the face of the war. Sacrifices to get there become more and more personal until the “Brenda” she was and the “Brenda” she is becoming hit a crossroads. If she finds the compassion to help her sister, her patriotism to the nation might be sacrificed. America can rise, but the cost is high.

Traumatized by previous exposure to her own tests, Dr. Rachel Parker has to complete the methodical steps she swore would never see the light of day… on herself. Her sister, Brenda Krous, may be the only one capable of pulling her through intact.

If they can accomplish the feat and find resolution together, the answers they discover can help the rest of America rise up and reclaim itself from the protection of destruction.

But a nation’s fall has a time frame and pride can get in the way. Rachel and Brenda must find what they need in each other to conquer the fear in others.

About the Author, Bonnie R. Paulson:

Bonnie pens "Into the End", the first book in the 'Into the End Series' filled with heart-pumping, exciting drama. In a fast paced plot that is packed with action and well developed, believable and real characters you will have a hard time putting the book down. There are a few slow spots within the book, but the rest of it will make up for that. A thrilling ride with an abrupt cliffhanger ending, you will be wishing you had the next book now. A must read for all mystery, thriller and suspense fans.

Book 2 "Through the Flames"

"Through the Flames" is the second book in the 'Into the End Series' and picks up right where the first book left off. With plenty more twists and turns within the plot, Bonnie doesn't disappoint and we finally get some answers to our questions from the first book. A must read series!

I give "Through the Flames" a 5 star rating.

WOW...."Out of the Ashes" is the third and final book in the 'Into the End Series" and picks up right where the second book left off. Keeping with her intense and thrilling writing Bonnie just keeps producing until the end. A fantastic and thrilling end to the series that kept my attention from the first book through to the last. This is one series that all mystery, suspense and thriller fans should be reading...you will not be disappointed! 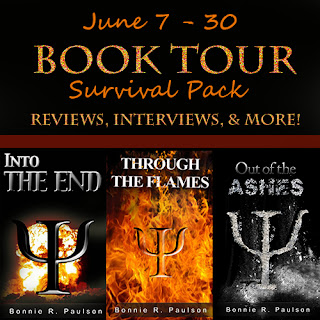