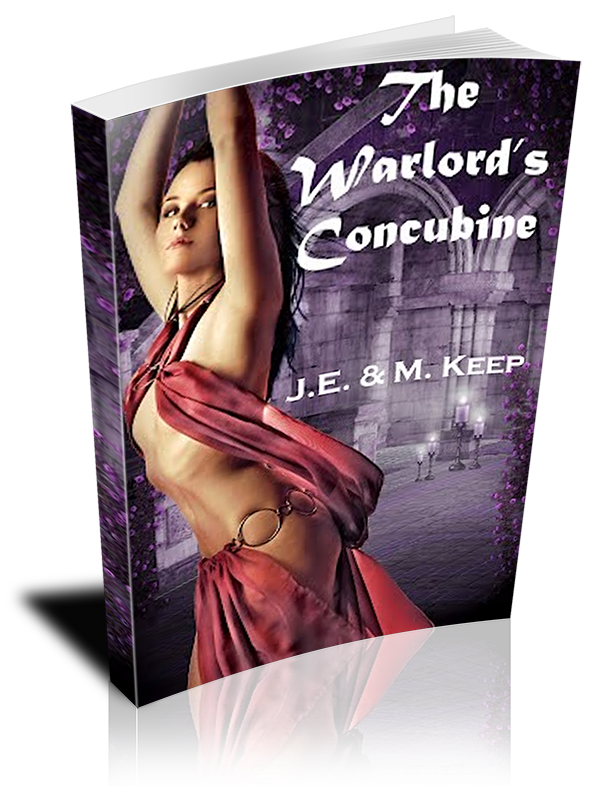 Mirella often wonders what her life would've been like had she been born a princess, rather than the property of one.

When a dark warlord from the north conquers her princess' kingdom, however, he has plans for the dainty young future-queen. It makes the question all the more poignant, because now, more is at stake than just her rough treatment, but love and lust as well.

As an indentured servant and handmaiden to the princess for much of her life, the middle-aged Mirella sees the conquest of the land as an opportunity to elevate herself. Though as she earns the trust of their conquerors, she finds her own nature challenged as well. A life of callous disregard has made her hard, but as she battles the princess' will for the first time and finds new allies and friends, does she have what it takes to win the love and favour of the brutal warlord? Will love and friendship be her downfall? Or will her station in life yet again be her undoing?

Caution: The Warlord's Concubine is a dark fantasy novel that contains explicit scenes, and a twisted romance between a handmaiden and a God.

A great table filled the center of the tent, and upon it was heaped food. A mix of the rich pantry of the palace with the flavours of the harsh tundra, making for the oddest banquet Mirella had ever seen.
But at the heart of it stood a statue, carved from obsidian stone. It was unmistakable though the craftsmanship was not as refined as that of the courtly artists who decorated the millennia old palace. The presence of the mighty man, albeit nude and holding a great scimitar that was lodged into the spine of some defeated foe, inspired all the other women, even the guards, to fear. Mirella could tell they—unlike her—knew much greater terror of the God-King, even in his lifeless representation.

It was curious to her why the man of such taste would be so destructive, but it didn’t matter. She barely glanced to the other women. The evening prior she might have been a handmaiden, but now she was on equal footing with all of them, and it filled her with a strange sense of righteousness. Her eyes worked over the statue as she left the princess to recover on top of some pillows, her gaze one of wonderment and a lingering, heated desire.

His power radiated from the stone and she briefly wondered at what the more skilled artisans could do for him.

She couldn’t recall at how long she might’ve been staring at that statue when she was disturbed, her gaze lost on that harsh stone depiction, entranced by the generous proportions of his muscles and loins. It was, as far as she could tell, true to form, but lacking in the expert subtleties a court artisan would bring to it.

“Most don’t even dare to look at it,” came that otherworldly voice, so richly masculine, irradiating such strength and command in a manner she’d never heard before.

In the torchlight of the tent she could make him out all the clearer. His charcoal skin was smooth and flawless. His face so chiselled and handsome. Hair long and perfectly shiny. Her first guess only seemed all the more right; a god. Though the dark clothes he wore, looking a blend of velvet and leather, mixed with his piercing dark gaze and skin, it didn’t take much guessing to place as what kind of deity he might be.

J.E. and M. Keep have a passion for all things sci fi/fantasy, and a desire to see what characters do when others fade to black. They set out to explore the most sexual, titillating and sometimes terrifying encounters. The plots are contemporary, fantasy, or science fiction, but they all have one thing in common: they’re hot.
From dark and taboo smut to coming-of-ages lust, from twisted love stories to tragic tales of self-destructive needs, they explore the fact that not all ‘Ever Afters’ are happy, and not everyone’s idea of happy is the same.

Come explore the limits of erotica and discover new desires from the smutty minds of J.E. & M. Keep. They can be found on their website at http://www.darkfantasyerotica.com/.