Welcome to My Cozie Corner's stop on the
"The Vampire Hunters" book tour.
This tour is brought to you by Innovative Book Tours. 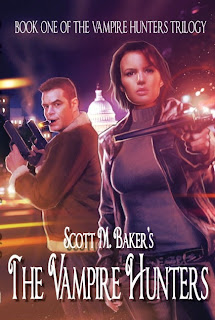 As former Boston cops, Drake Matthews and Alison Monroe thought they had experienced it all... until they found themselves tracking down a serial killer who turned out to be one of the undead. Stopping him cost them their careers and almost their lives.  Thanks to an influential and anonymous benefactor, Drake and Alison find a new job ridding the streets of Washington D.C. of the vampiric threat terrorizing the nation's capital.

Only this time, Drake and Alison are not facing a single vampire but an entire nest led by Ion Zielenska, one of history's most evil and twisted masters.  As the vampires indiscriminately prey on humans, seeing them as nothing more than food to satiate their hunger, they create a wave of violence that threatens to engulf the city.  Orchestrating the carnage is Antoinette Varela, the mistress of the nest,who realizes that for the nest to survive the hunters must be eliminated.  However, when her vendetta turns personal, the hunters find themselves in struggle they are not prepared for. 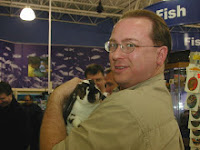 "The Vampire Hunters" is a true horror story packed with action, blood and gore within a very well written plot.  I found the book to be fast paced and very hard to put down once I started reading.  If your looking for the "romantic vampire" in this book you will not find it.  A very refreshing book to read and one that is highly recommended for all horror, thriller fans.

I give "The Vampire Hunters" a 5 star rating.

* Disclosure of Material Connection: I am a member of Innovative Online Book Tours and a copy of this book was provided to me by the author. Although payment may have been received by Innovated Online Blog Tours, no payment was received by me in exchange for this review. There was no obligation to write a positive review. All opinions expressed are entirely my own and may not necessarily agree with those of the author, publisher, publicist, or readers of this review. This disclosure is in accordance with the Federal Trade Commission's 16 CFR, Part 255, Guides Concerning Use of Endorsements and Testimonials in Advertising.