When Zachariah and Matthew McCannon were young, their parents abandoned them, leaving Zack to take care of his little brother, Matt. Though they lived with their grandmother, she was always sick, so Zack was forced to raise him. This was not an easy task.
Zack had his hands full because of Matt’s unusual powers. He has visions and dreams that come true, and when he gets angry or upset, he can move things with his mind. Because of this, evil seeks him, keeping Zack on his toes as his protector.
As the brothers grew older, they became hunters, pursuing evil supernatural forces. After Matthew has a dream, it sends them on a hunt for cave, not knowing why, but realizing it is necessary. When they arrive, Matt finds the vision was a trap.
A Darkness like no other wants to control Matt and kill Zack. The Darkness is named, Alanya, which means, The Destroyer.
Alanya hates the brothers. In the past, every time he tried to apprehend Matt, Zack would thwart him by protecting his brother. Alanya is incensed that a mere human boy can beat him, for demons are not to be defied.
When Alanya asks Zack, “How far will you go to save your brother?” Zack answers, “As far as I have to.”
Now, the brothers are faced with a deadly force they never had to deal with before. This demon is on a deadly mission to destroy everything the brothers hold dear. If the McCannon’s are not careful, neither of them will be able to escape.

About the Author, Sheila Hendrix: 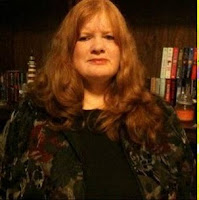 Sheila Hendrix is a native of Alabama and resides there with her husband of seventeen years. Her only children are her six dogs. She works as a nurse for a nursing home and also does reviews for a magazine, although she hasn’t done that in awhile because she’s been busy writing her own Young Adult series.

Sheila has always wanted to write but never thought she’d be able to. It’s been a dream of hers since she was a little girl. She practically raised her little brother because her parents both had to work. She had to grow up fast and that was where she got the idea of writing about two brothers whose parents abandoned them when they were little.

The Dark Circle book series is her paranormal series she’s working on right now. She got the idea for The Betrayal after having a nightmare that stayed with her for days.

Her hobbies are reading, writing, gardening, traveling, hiking, camping and swimming. She is currently in school to earn her Associate Degree in Paralegal studies but her dream is to write.

Sheila pens "The Betrayal" with well developed characters that are easy to relate to in a plot that flowed nicely. Not exactly what I thought the book was going to be, but it kept me turning the pages and I look forward to more from this author. Although there are a few and not bad swear words, I would recommend this to all YA readers.

I give "The Betrayal" a 4 star rating.