Welcome to My Cozie Corner's stop on the
"Dead Hot" book tour.
This tour is brought to you by Innovative Book Tours. 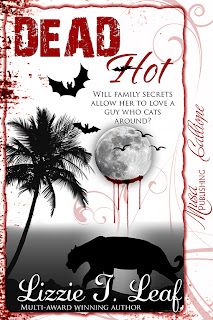 Sharla Gomez’s dream encounter with the man she’s lusted over for months turned into rain-soaked nightmare. Her hopes of love and passion have gone to the dogs. Being a shifter is hell, especially when you’re a Pug/Chihuahua mix, or as some call the breed, a Chug. Even dogs don’t want to be told they’re so ugly they’re cute?

Dorsey Smith wants to get to know the exotic number-cruncher in charge of the strip club’s books. Just his luck she disappeared before he could ask her out for coffee. Instead of taking home the woman he lusts for, he takes home the small, drenched dog shivering in the rain. When he discovers the animal missing the next morning and he senses magic in the air. Has his safe haven been discovered and will his secrets be revealed?

Can two people with deep secrets discover the truth about each other and still find love. Or will the secrets and the evil lurking drive them apart?

In addition, Making Christmas, a Christmas Historical novella set during the Civil War won Love Romances Café Best Historical for 2011 and is a finalist in the Aspen Gold for Best Novella.
Beyond Magic, the first book in the Magical Love series won the 2012 Award of Excellence Best Paranormal/Fantasy/Sy-Fi, and is a finalist for Best Paranormal in the Aspen Gold.  Winners are announced in mid to late October.

"Dead Hot" is another of Lizzie's fantastic novella's that you just can't bring yourself to put down until the end.  From thriller to drama to humor to sexy, Lizzie pens her characters so believable and lovable in this "shape shifting" plot so that you want it to go on and on.


Giant Swag Package. Open to US, 18 and older. To enter, simply complete the Rafflecopter below. 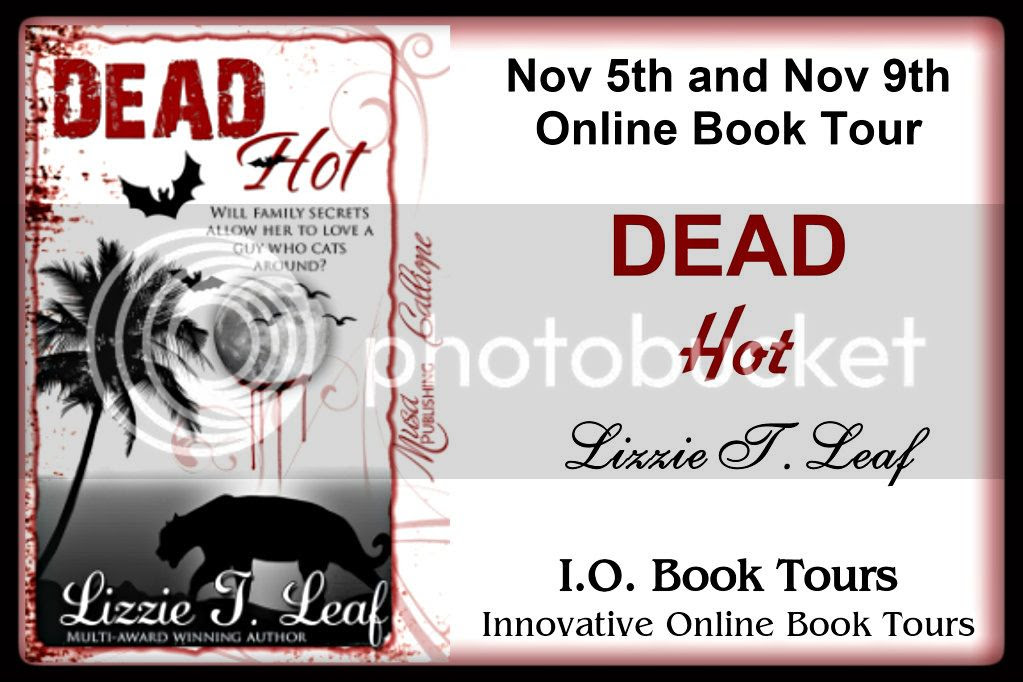 * Disclosure of Material Connection: I am a member of Innovative Online Book Tours and a copy of this book was provided to me by the author. Although payment may have been received by Innovative Online Book Tours, no payment was received by me in exchange for this review. There was no obligation to write a positive review. All opinions expressed are entirely my own and may not necessarily agree with those of the author, publisher, publicist, or readers of this review. My Cozie Corner is not responsible for sponsor prize shipment. This disclosure is in accordance with the Federal Trade Commission's 16 CFR, Part 255, Guides Concerning Use of Endorsements and Testimonials in Advertising.
Posted by Unknown at 12:00 AM