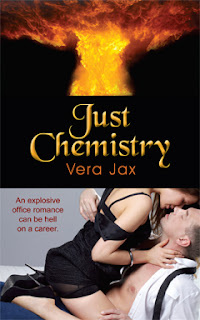 
Logan is powerfully attracted to the woman standing before him in the elevator. Minutes later he discovers that they have at least one thing in common: both work for Blue Dreams Marketing—he in the LA office and she in the Houston branch. And he is Sam’s superior.

Sam is equally attracted to Logan. Not one to let opportunities slip by, she gets him to share a “lunch” where each is the main course. But Sam has worked too hard to jeopardize a career she loves for the sake of sexual chemistry. Everyone knows that sleeping with—let alone dating—a superior is bad business. Worse still is the fact that Logan is being considered for a promotion that may put Sam’s job on the line.

Sam breaks it off with Logan. But he won’t let her go, even after being presented with evidence that Sam is involved in another office affair. In the end corporate intrigue forces Sam and Logan to band together for the sake of their careers. Logan is determined to remain at Sam’s side, but will she let him?


This book is intended for Adults 18+

Read my full review and enter the giveaway HERE on Sweet n' Sassi!