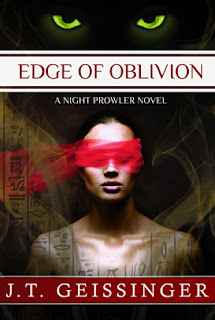 In a dark underground cell, Morgan Montgomery waits to die. A member of the Ikati, an ancient tribe of shape-shifters, Morgan stands convicted of treason. And Ikati law clearly spells out her fate: death to all who dare betray.

But there is a glimmer of hope. Thanks to her friendship with Jenna, the new queen of the Ikati, Morgan has one last chance to prove her loyalty. She must discover and infiltrate the headquarters of the Expurgari, the Ikati’s ancient enemy, so they can be destroyed once and for all. The catch? She has only a fortnight to complete her mission and will be accompanied by Xander Luna, the tribe’s most feared enforcer. If Morgan fails, her life is forfeit. Because Xander is as lethal as he is loyal, and no one—not even this beautiful, passionate renegade—will distract him from his mission. But as the pair races across Europe into the heart of Italy, the attraction blooming between them becomes undeniable. Suddenly more than justice is at stake: so is love.

Sensual, thrilling, and action-packed, Edge of Oblivion will enthrall readers with nail-biting suspense and heart-pounding passion.


About the Author, J.T. Geissinger:

A life-long lover of reading and a self-professed “book addict,” J.T. Geissinger didn’t realize her dream of writing a novel until a milestone birthday forced her to take stock of her goals in life. Always believing the right time to commit to putting pen to paper would magically announce itself, it took waking up one cold January morning with a shiny new zero as the second number in her age to kick start her determination.

Starting on that very day, she wrote what would become Shadow’s Edge in a little over four months and submitted it to several literary agents. Nothing happened. Thinking that was the end of that but by no means willing to give up on her dreams of being published, she began work on a second manuscript.

Then, during a trip to Italy in honor of their 10th wedding anniversary and the honeymoon she and her husband never took, she received an email that would change her life. It was from an agent, Marlene Stringer of Stringer Literary, and it contained the three words every aspiring author longs to hear: “I loved it.”

Marlene sold the manuscript, initially titled The Skinwalker’s Daughter, to Montlake Romance who published it six months later. Hitting the #1 Amazon bestseller lists for Fantasy Romance in both the US and the UK within weeks of publication, Shadow’s Edge is the culmination of the refusal to give up (some would say grow up) with the staunch belief that all good things come to those who wait…and sometimes to those who wait longest.

Book one of the Night Prowler Novels, Shadow’s Edge will be followed by Edge of Oblivion in October, and Edge of Surrender in spring 2013.

"Edge of Oblivion" is the second book in the 'Night Prowler' series.  I actually wished I read the first book, but after some confusion and finding the answers to my questions, I was hook in the story line.  J.T. pens her characters interesting in a well developed plot that has plenty of suspense, action and romance with a touch of the paranormal/fantasy world. A must read for all fantasy/suspense/supernatural/romance fans.

I give "Edge of Oblivion" a 5 star rating.

*Disclosure: I received the above product(s) by the author in exchange for an honest review and in no way was I asked to give a positive review. I received no compensation for this publication. My opinions are my own and may differ from those of your own. This disclosure is in accordance with the Federal Trade Commission’s 16 CFR, Part 255, Guides Concerning the Use of Endorsements and Testimonials in Advertising.