"The Path Of The Fallen" by Dan O'Brien {Book Review} 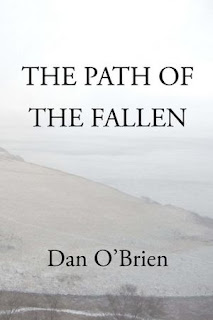 
The world is broken. The coming of the Intelligence pushed the remnants of humanity deep into the tundra. What remained was a vast sea of ice and the machine city, Culouth. E’Malkai Armen, descendent of the Fallen, has been a citizen of Culouth his entire life. A bitter betrayal, and the inception of a war that will destroy millions of lives, forces E’Malkai to confront the past and undertake a pilgrimage that is his by birthright. As he travels to the cold tundra of the north, the realm prepares for war. The Path of the Fallen is a lonely and arduous path, but it must be walked for the sake of all mankind.


About the Author, Dan O'Brien: 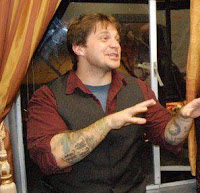 A psychologist, author, philosopher, freelance editor, and skeptic, Dan O’Brien has published several novels and currently has many in print, including: The End of the World Playlist, Bitten, The Journey, The Ocean and the Hourglass, The Portent, The Path of the Fallen, Book of Seth, and Cerulean Dreams. He also works as an editor at Empirical, a national magazine with a strong West Coast vibe.

Purchase "The Path of the Fallen" on:
Amazon - Kindle
Amazon - Paperback
Barnes & Nobel

Dan pens "The Path of the Fallen" and his characters so believable that you feel your right in the story line with them. I was a bit skeptical about this book when I first got it, but found that the plot just sucks you in and doesn't let you go until the end. I look forward to reading more books by Dan O'Brien. Highly recommended for all sci-fi and action fans.

I give "The Path of the Fallen" a 5 star rating.


*Disclosure: I received the above product(s) from the author in exchange for an honest review and in no way was I asked to give a positive review. I received no compensation for this publication. My opinions are my own and may differ from those of your own. This disclosure is in accordance with the Federal Trade Commission’s 16 CFR, Part 255, Guides Concerning the Use of Endorsements and Testimonials in Advertising.