* Disclosure of Material Connection: I am a member of IMR Reviews and a copy of this book was provided to me by the author. Although payment may have been received by IMR Reviews, no payment was received by me in exchange for this review. There was no obligation to write a positive review. All opinions expressed are entirely my own and may not necessarily agree with those of the author, publisher, publicist, or readers of this review. This disclosure is in accordance with the Federal Trade Commission's 16 CFR, Part 255, Guides Concerning Use of Endorsements and Testimonials in Advertising. 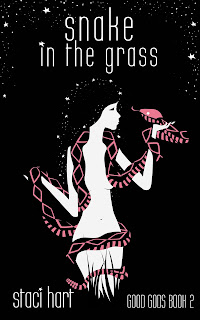 
It’s Round Two of high stakes Love Connection on Olympus, and this time, everything has changed. For Aphrodite, at least.

Ares is on deck, and Aphrodite is nervous. As much as she loves to hook up with him, she doesn’t trust him as far as she could throw him, which isn’t very far. He’s a big dude. They haven’t been together in a very long time, but she can’t resist him. She never could. Even when every part of her screamed that he was a liar.

He has a plan to keep Aphrodite, for good this time. He wants to win the game, but he’ll hold back to get what he wants. He’s sitting on a chance that he’s been waiting thousands of years for, and he’ll do what he has to do to convince her to stay forever.

The only thing that could stop him is the secret that he’s been keeping from her for eons. If she finds out, it will destroy everything.

Aphrodite is getting crap for her choice in player, because from the outside, it looks like a match that would never work.

Kat and Dillon have been through a lot, and everything has been to protect their younger siblings. They sacrificed everything to make sure their brother and sister would be safe. The players are tough and loyal.

Fierce and determined. But they become each other’s weakness, even though they fight it, and even though it means danger for Kat and her sister.

If Aphrodite can get the players over their egos long enough to see that they’re meant for each other, this competition will be a piece of cake. One that she’ll eat a la mode, right in front of Ares, if she beats him.


About the Author, Staci Hart: 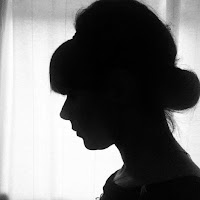 Staci has been a lot of things up to this point in her life — a graphic designer, an entrepreneur, a seamstress, a clothing and handbag designer, a waitress. Can’t forget that. She’s also been a mom; she has three little girls who are sure to grow up to break a number of hearts. She’s been a wife; even though she’s certainly not the cleanest, or the best cook. She’s also super, duper fun at a party, especially if she’s been drinking whiskey. Her favorite word starts with f, ends with k, and there a uc in there.

From roots in Houston, to a seven year stint in Southern California, Staci and her family ended up settling somewhere in between and equally north, in Denver. They are new enough that snow is still magical. When she’s not writing, she’s sleeping, cleaning, or designing graphics. But let’s be honest, she’s mostly writing.

Purchase "Snake in the Grass" on:
Amazon
Smashwords
Goodreads

Staci Hart pens "Snake in the Grass" which is the second book in the 'Good Gods Series', right where the first book "Deer in Headlights" left off. With new characters being introduced that are just as hot as can be, and the plot which is filled with Greek Mythology and emotions, I had a hard time putting the book down. Personally I like this second book better than the first and really can't wait for the next installment to come out. A must read series that you will not be disappointed in.

I give "Snake in the Grass" a 5 star rating.