{Book Review} "Swept into the Darkness" by LaTaeya Lane

* Disclosure of Material Connection: I am a member of Promotional Book Tours and a copy of this book was provided to me by the author. Although payment may have been received by Promotional Book Tours, no payment was received by me in exchange for this review. There was no obligation to write a positive review. All opinions expressed are entirely my own and may not necessarily agree with those of the author, publisher, publicist, or readers of this review.  This disclosure is in accordance with the Federal Trade Commission's 16 CFR, Part 255, Guides Concerning Use of Endorsements and Testimonials in Advertising. 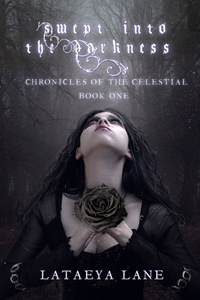 
Sydney London is no ordinary twenty-four year old. Ever since she was a child she has had unique out of this world abilities. Suffering from a near death experience and surviving a deadly car crash Sydney is no stranger to death and loss. Cut off from the world around her she encounters an Angel and eventually falls for him inspired by deceitful magic.


About the Author, LaTaeya Lane: 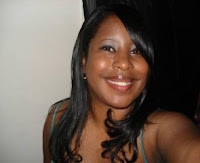 Years of exposure within the writing and publishing world have made a lasting impact on Author LaTaeya Lane. Writing since she was seven years old, Lane began jotting down phrases and themes later turning them into poems and short stories. Writing became such a passion throughout her youth that she became the Junior and Senior editor of her High school newspaper. She wrote her first novel at age sixteen but was not seeking publication at that time in her life. Lane entered several creative writing contests during her early years of writing and won a few of them. Always captivated by the supernatural and elements of fantasy, Lane was inspired to write a series of books that focused on going beyond the boundaries of life and imagination. The angel vampire fantasy “Swept into the Darkness” is Lane’s first published book in a series called “Chronicles of the Celestial.” Lane completed a degree in Social Sciences and currently works to support the education of special needs middle school students. Lane resides in the state of New Jersey with her husband Leo and is working on writing and publishing the second book in the series. Lane also loves to draw and paint. Traveling and experiencing a variety of different foods is also a deep passion of hers. Lane loves watching horror and fantasy movies and is a believer of the Ancient Alien Theory. Some of her favorite authors include, Charline Harris, Stephen King and Erick Von Daniken.

LaTaeya Lane pens "Swept into the Darkness" in a plot that is filled with Angels of light and dark, Gods and many other interesting characters intertwined with Greek Mythology. Between the author's characters that were very well developed, interesting and different, and the well written plot I was hooked from the beginning. A nice fresh take on the paranormal world that I would recommended to all fans.

I give "Swept into the Darkness" a 5 star rating. 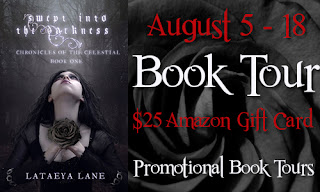