{Promo Blitz} "Over the Rainbow" by Brian Rowe

* Disclosure of Material Connection: I am a member of Reading Addiction Blog Tours. Although payment may have been received by Reading Addiction Blog Tours, no payment was received by me in exchange for this review. This disclosure is in accordance with the Federal Trade Commission's 16 CFR, Part 255, Guides Concerning Use of Endorsements and Testimonials in Advertising. 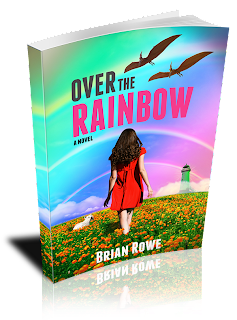 Over the Rainbow Extreme PROMO Blitz
By Brian Rowe
YA Fantasy
Date Published:  8/6/2013

16-year-old Zippy Green never meant to fall in love with a girl, but when she does, her ultra-conservative father tries to send her to anti-gay camp. At the Kansas City airport, however, she hides inside a giant suitcase and sneaks onto an airplane headed not to the camp, but to Seattle, where her online love Mira lives. Halfway through the flight, the plane barrels out of control and crashes into the ground, knocking her unconscious.

When Zippy awakens, she finds that most of the passengers have vanished. She doesn’t know what’s happened, but she’s determined to find out. She begins a quest on foot toward Seattle, and along the way, she meets a teenager with a concussion , a homeless man with a heart condition, a child without a shred of bravery, and a terrier named Judy. Together the group discovers that more than two-thirds of the world's population has mysteriously disappeared. But that's only the beginning...

All Zippy wants is to find her Mira, but before she can she has to contend with two outside forces. The first is her homophobic father, who does everything in his power to keep her from the girl she loves. And the second is extinct creatures of all shapes and sizes, including living, breathing dinosaurs, which have replaced the missing population.

“Over the Rainbow” Short Excerpt

The end was coming, faster and faster, as the plane plummeted. I peered into the carrier to see a little white terrier staring back at me.

When I closed my eyes for the final time I felt two ice-cold tears roll down my cheeks.

The plane collided against the Earth, and I launched forward, struck my head against the cargo door, and blacked out. 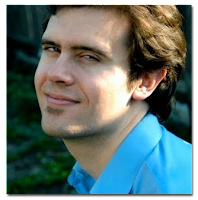 Brian Rowe
Brian Rowe is a writing fiend, book devotee, film fanatic, and constant dreamer. He's written nine novels, dozens of short stories, five feature-length screenplays, and hundreds of film articles and essays. His fiction has appeared in Dreamspinner Press, Mobius Magazine, and Wilde Oats Literary Journal. He is one half of the YA book blog Story Carnivores, where he reviews the latest in books and film. He is currently pursuing his MA in English at the University of Nevada, Reno, and is hard at work on his first New Adult novel, which will be released in November 2013. 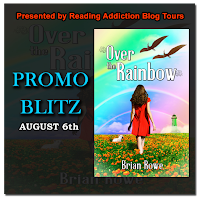