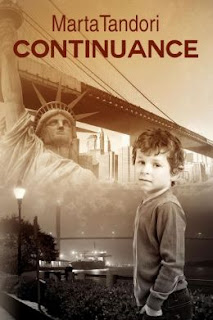 
When seven-year-old Ethan du Maurier, only son and heir of New York City real estate tycoon, Alexander du Maurier, disappears during school recess, the FBI quickly determines that his disappearance was an abduction. Within hours of a special news bulletin airing nationwide, the FBI’s hotline is inundated with anonymous tips relating to sightings of a little boy matching Ethan’s description outside a historic Savannah building, now a newly-renovated eatery. The FBI quickly assembles a task force and searches the premises but instead of finding little Ethan, they stumble upon the century-old remains of what appears to be a murdered man hidden in a pirate’s tunnel under the historic building. With her restaurant on temporary lockdown pending the FBI’s forensic investigation, owner Annie Eastwood researches the history of the building she inherited, hoping it will shed some light on the identity of the murdered man, but what she uncovers are bits and pieces of a horrible scandal that nearly destroyed the du Maurier family over a century ago. With hopes for Ethan’s safe return dwindling by the hour, Annie finds an unlikely lead in an old classified ad from a Boston newspaper which connects the events of the past to the present-day abduction of Ethan du Maurier—and to the identity of his abductor. Determined to rescue little Ethan before time runs out, Annie quickly realizes that the boy’s abductor will stop at nothing—even murder—in order to exact his revenge.


About the Author, Marta Tandori:

By the time Marta Tandori reached fifth grade, she was an avid reader and writer with a stack of short stories collecting dust in a box under her bed but it wasn't until she began studying acting in her early twenties at the prestigious American Academy of Dramatic Arts in New York that Marta realized acting wasn't really her passion - writing fiction was. What followed was years of writing workshops as well as correspondence courses in writing for children through the Institute of Children's Literature in Connecticut. She credits the award winning author, Troon Harrison, as the instructor who helped her find her literary voice. Marta's first work of juvenile fiction, BEING SAM, NO MATTER WHAT was published in 2005, followed by EVERY WHICH WAY BUT KUKU! in 2006. With her more recent endeavors, Marta has shifted her writing focus to "women's suspense", a genre she fondly describes as having "strong female protagonists with closets full of nasty skeletons and the odd murder or two to complicate their already complicated lives".