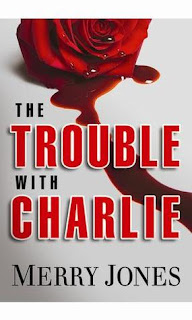 
The biggest trouble with Charlie is that he's dead. His soon-to-be-ex-wife, Elle Harrison, comes home from a night out with friends to find his body in her den, her kitchen knife in his back. And, oddly, Elle has no memory of her activities during the time he was killed.

Another trouble with Charlie is that, even though he's dead, he doesn't seem to be gone. Elle senses Charlie's presence--a gentle kiss on the neck, the scent of his aftershave wafting through the house, a rose that seems to move from room to room on its own. And a shadow that appears to accuse her of murder--and with whom she argues.

In the process of trying to prove her innocence, Elle investigates Charlie's death--and his life. A psychiatrist diagnoses her with a dissociative disorder that causes her to "space out" especially when she's under stress. This might explain the gap in her memory, but it doesn't clear her.

As Elle continues to look into Charlie's life, she uncovers more and more trouble--an obsessed woman who might have been his lover. Siblings with unresolved bitter issues. A slimy untrustworthy business partner. And wealthy clients with twisted, horrific appetites.

Before she knows it, Elle is involved in more murders, a struggle for her life, and a revived relationship with Charlie, whom--for all his troubles--she has come to appreciate and love only after his death.


About the Author, Merry Jones: 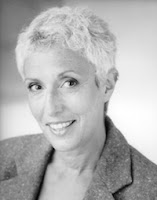 Merry Jones is the author of THE suspense novel THE TROUBLE WITH CHARLIE, as well as the Harper Jennings thrillers (WINTER BREAK, BEHIND THE WALLS, SUMMER SESSION),and the Zoe Hayes mysteries (THE BORROWED AND BLUE MURDERS, THE DEADLY NEIGHBORS, THE RIVER KILLINGS, THE NANNY MURDERS).

Jones has also written humor (including I LOVE HIM, BUT...) and non-fiction (including BIRTHMOTHERS: Women who relinquished babies for adoption tell their stories.)

Jones has a regular contributor to GLAMOUR, and her work has been printed in seven languages and numerous magazines. Her short story, BLISS, appears in the anthology LIAR LIAR, a project of the Philadelphia Liars Club.

In addition to the Liars, Jones is a member of Mystery Writers of America, The Authors Guild and International Thriller Writers.

For the last fifteen years, she has taught writing courses at a variety of institutions, including Temple University and Delaware County Community College. She has appeared on radio and television (local and national), and participates in panel discussions and workshops regularly.

Purchase "The Trouble with Charlie" on:
Amazon

Merry Jones pens "The Trouble with Charlie" in a fast paced, intense and emotional plot filled with twists and turns. Her characters are well developed, entertaining and I love the touch of humor written in with them. A hard to put down book that will keep you reading until the end. A must read for all paranormal murder mystery fans.

I give "The Trouble with Charlie" a 4 star rating.

10 physical copies of The Trouble with Charlie