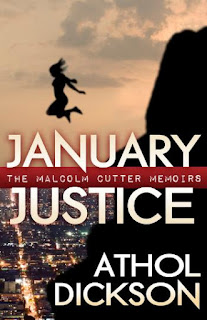 
Reeling from his wife's unsolved murder, Malcolm Cutter is just going through the motions as a chauffeur and bodyguard for Hollywood's rich and famous. Then a pair of Guatemalan tough guys offer him a job. It's an open question whether they're patriotic revolutionaries or vicious terrorists. Either way, Cutter doesn't much care until he gets a bomb through his window, a gangland beating on the streets of L.A., and three bullets in the chest. Now there's another murder on Cutter's Mind. His own.

About the Author, Athol Dickson: 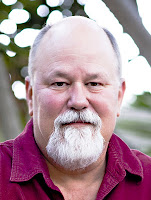 
Athol pens "January Justice" in a plot that was exciting, thrilling, complex and a fantastic read. This action packed suspense is filled with twists and turns, and had me at the edge of my seat. I enjoyed the strong, well developed characters and could actually picture them as I read along, making them totally believable. I look forward to the next installment in 'The Malcolm Cutter Memoirs' and highly recommend this book to all.

I give "January Justice" a 5 star rating.


E-book copy of January Justice to one winner.