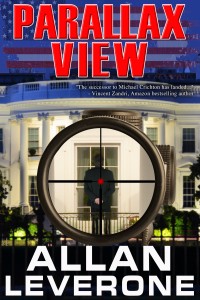 It's late in the Cold War, and the Soviet Union is slowly disintegrating.

In the midst of this uncertainty and upheaval, a mysterious group of KGB officials has concocted a desperate plan in an attempt to maintain power.

And one beautiful young CIA operative is all that stands between this shadowy cabal and the outbreak of World War Three.

After smuggling the document out of East Germany, Tracie believes she is in the clear. She's wrong. There are shadowy forces at work, influential people who will stop at nothing to prevent the explosive information contained in the letter from reaching the White House.
Soon, Tanner is knee-deep in airplane crashes and murder, paired up with a young Maine air traffic controller and on the run for their lives, unsure who she can trust at CIA, but committed to completing her mission, no matter the cost.


Dealing with Violence in Fiction
By Allan Leverone 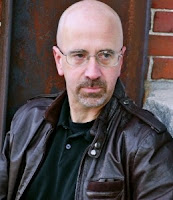 A co-worker friend of mine recently underwent arthroscopic knee surgery. Afterward, he came into work on crutches and with the knee immobilized in a brace, and was showing me the very tiny holes made in the vicinity of his knee, into which the arthroscopic devices had been inserted.
The holes were tiny. Minimally invasive.
I could hardly stand to look.
If you’ve read any of my books, you might find that assertion hard to believe. I don’t write violence just for violence’s sake, but I’ve spilled my share of fictional blood. Some would say more than my share. When the majority of your work is in the horror and thriller genres, violence and mayhem seem to naturally follow.
I’ve had people shot, stabbed, and beaten up. I’ve written car crashes, explosions, mining disasters and terrorist attacks.
And I have trouble looking at a tiny incision. In someone else’s knee.
My wife, on the other hand, enjoys watching those documentary-type TV shows about operations. You know the ones, on the Science Channel or whatever, where they show actual footage of surgeons repairing a hole in an infant’s aorta, or trying to fix the tissue trauma from a nasty gunshot wound, that sort of thing.
If I walk into the room while that kind of show is playing, I either turn around and walk right back out (okay, I run), or I ask my wife to change the channel (okay, I beg).
Why is that? How is it possible I can describe the most horrific scenes of carnage and destruction in the pages of a book, but my stomach does flip-flops at the sight of a beating heart muscle on television. How can I write about one human being shooting another at point-blank range, but when my kids were little, had to force myself not to panic beyond all reason when one of them suffered even a minor cut?
I suppose the answer would be the same thing that’s bothered human beings from the beginning of time, when we huddled in cold, cark caves hoping tonight wouldn’t be the night that pesky saber-toothed tiger prowling around outside didn’t tear us apart and eat us for dinner: fear of the unknown.
When I’m writing, no matter how gruesome the scene or how distasteful the subject matter, I can see it unfold in my head and I know where I’m going with it, more or less.
A surgical procedure taking place on TV, on the other hand, presents a cornucopia of potential outcomes, none of which are pleasing to my hyperactive imagination. Will blood start spurting from that beating heart the surgeon is holding in his gloved hand? What if he drops it? How about if he sneezes while making an incision? Will that be the end of the patient?
The same mindset applied when my kids were young and dripping blood from their cut fingers. They were injured and they were depending on me to care for them. Me! The guy who has a habit of entering rooms and forgetting why. The guy who can’t stand watching a surgical procedure on TV.
In the real world, the range of possibilities outside my control are endless, whereas when I’m writing, even if I don’t have a clear idea where I’m going in a scene, the range is limited to whatever I’m willing to write. There are lines that I know will never be crossed.
And that makes all the difference in the world.
In the case of PARALLAX VIEW, you can sense almost from the very beginning of the book that a violent confrontation – a showdown – is coming. That is the case in virtually all thrillers, so the reader knows going in to expect it and shouldn’t be terribly surprised when it happens.
What form that confrontation will take, and what outcome will result, is obviously up in the air, but a reader of genre fiction, particularly thrillers, presumably isn’t going to be turned off merely by the description of violence.
How about you? As a reader, do you tend to cringe when you come to the most explicitly violent portions of a book? Do you skip over those passages? How does your reaction to blood spilled on a page differ from your reaction to real-world violence, either televised or happening in front of you?
And can you remember why I came into this room?

Allan Leverone is the author of five novels, including the Amazon Top 25 overall paid bestselling thriller, THE LONELY MILE. He is a 2012 Derringer Award winner for excellence in short mystery fiction, as well as a 2011 Pushcart Prize nominee. Allan lives in Londonderry, NH with his wife and family, and a cat who has used up eight lives.