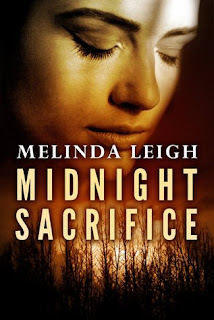 
One by one, people are mysteriously disappearing from a small Maine town. Four months ago, a ruthless murderer killed two people and kidnapped three more, including Danny Sullivan's sister, who barely escaped. Unfortunately so did the killer, vanishing without a trace into the vast wilderness. When the police fail to find his sister's captor, Danny returns to Maine to hunt him down. He begins his search with another survivor, bed-and-breakfast owner Mandy Brown, but her refusal to cooperate raises Danny's suspicions. What is the beautiful innkeeper hiding? Mandy Brown has a secret. But sexy Danny Sullivan, his relentless questions, and the desire that simmers between them threaten to expose the truth ? a revelation that puts her family in danger. As more people disappear, it becomes clear the killer is planning another ritual?and that he's circling in on Mandy.


About the Author, Melinda Leigh:

Melinda Leigh is a fully recovered banker. A life-long lover of books, she started writing when her youngest child entered first grade as a way to preserve her sanity. in 2007, she joined Romance Writers of America, learned a few things about writing a book, and decided the process was way more fun than analyzing financial statements. It was time to get serious about making her hobby a career. She began submitting her work in 2008. In 2009 she signed with an agent, who sold Melinda’s debut romantic suspense novel, SHE CAN RUN, in 2010 to Montlake Romance.

SHE CAN RUN released in November 2011 and became the #1 Bestseller in Kindle Romantic Suspense. SHE CAN RUN has been nominated for a 2012 Thriller Award for Best First Novel.

Melinda is also an avid martial artist. She holds a 2nd degree black belt in Kenpo Karate, studies Brazilian Jiu-Jitsu, and teaches women’s self-defense. She lives in a messy house in the suburbs with her husband, two teenagers, a couple of dogs and one neurotic cat with an inexplicable fear of ceiling fans. With such a pleasant life, she has no explanation for the sometimes dark and disturbing nature of her imagination.

"Midnight Sacrifice" is the second book in the series. Melinda pens her plot in vivid descriptions, filled with twists and turns as she brings you into the world of the Druids. Her characters were real to live and believable, with great chemistry between them. I wish I had read the first book in the series, as I'm sure I lost a bit of back story on the plot, but as a stand alone book it was enjoyable. A must read for all mystery, suspense fans.

I give "Midnight Sacrifice" a 5 star rating.