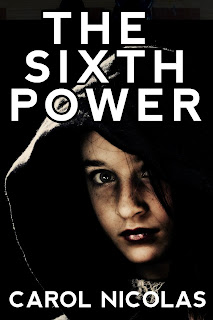 Tania Westing, a high school senior, is one of the Gifted Ones, descendants of an ancient family with seven special powers. Some of the powers are common, and some are rare.

Until her geneticist brother Tom was murdered, Tania lived an ordinary life. Now hidden in her mind is a clue that will reveal Tom's research, including secret formulas to unlock all seven powers. During spring break, Tania meets and falls in love with handsome Dan Maclean. When Tania reveals her rare power to heal, the evil Gifted Ones who killed Tom suspect Tania has his research and formulas and come after her. Tania must learn to use her powers to help save Dan's sister in time to keep Tom's secrets safe.


About the Author Carol Nicolas:

Carol Nicolas lives in northern Utah (USA) with her husband. A native of Canada, she attended BYU-Idaho (formerly Ricks College) and obtained a bachelor's degree in education from Brigham Young University (Provo, Utah USA). A teacher, mother of five, wearer of silly socks, and fan of sci-fi/fantasy books and films, she enjoys growing herbs and vegetables, painting, and researching her family history. She likes rock, pop, Celtic and classical music. She has traveled throughout Europe; her favorite city there is Paris, though the romance of Venice is a close second. She speaks American English (with a Canadian accent after she has been talking with her Canadian family on the telephone for just a few minutes), as well a basic modern Greek, which she studied for 4 years to be able to communicate with her husband's family on their bi-annual trips to Greece. Her deepest secret: she hides chocolate in her desk for emergencies!

Carol pens "The Sixth Power" a thrilling adventure of paranormal romance and mystery in a fast paced, well written plot that totally had me captivated from the start. The cover itself just hooked me right in with her haunting stare shown. There was great character development that was believable and the special powers descriptions were fantastic. A must read for all paranormal lovers.

I give "The Sixth Power" a 5 star rating.