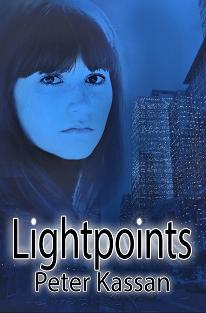 
What if you suddenly discovered you had a sense-and powers-that almost no one else in the world did? When Amanda Lindner Nichols, a 24-year-old graphic artist living with her husband in Queens, New York, is revived from a near-death experience, she discovers she perceives everyone around her as points of light-but not with her eyes. She soon learns she can not only perceive the life energy of others, but she can give and take it. With the help of others like her, she brings her husband Chris to the brink of death and back to bestow on him the same remarkable faculty, and they're the happiest they've been. But not for long. All over the world, people who've been revived from their own near-death experience at just the right moment discover themselves with these same unusual powers. They find ways to use them-some for good and some for evil. When Amanda and Chris encounter a ruthless group of gangsters with the same faculty, tragedy follows-and Amanda faces the greatest challenge of her life.


About the Author, Peter Kassan:

I’ve been a writer since I was a teenager, when I became devoted to poetry. I read as many poets and books about poetry as I could find. To learn the art, I assigned myself the task of writing one poem a day—whether I thought I had any ideas for one or not. After a while, I had a few I thought were worthwhile, and began sending them out. I got a couple of poems published in obscure literary journals and one in Seventeen Magazine, which led me to being invited to contribute a poem to a book called The Young at Prayer. Although I was—even then—an atheist, I managed to write something for it.

In my twenties, I devoted myself to writing the next Great American Novel, and actually wrote three of them (American novels, but not great ones), supporting myself at first writing computer programs (which I’d learned to do as an undergraduate). I’m now relieved that none of those early works was published, and I’ve long since discarded the manuscripts.

Also in my twenties, I earned a living with a variety of other kinds of writing, including technical writing (software manuals) and educational writing (instructional workbooks and audiotapes). I was also a staff writer for an adult comedy-variety health education show for Children’s Television Workshop, which was reviewed by Time Magazine as (if I recall accurately) “the most dismaying new show of the season.”

Combining my love of writing with my interest in computer programming, I became a technical writer for several software products companies, eventually becoming a minority shareholder and executive vice president of a small, privately held company. There, I wrote and managed the writing of everything from software design documents to marketing literature.Twenty-five years later, after it was sold to a large computer company with a three letter name, I became one of those celebrated risk-takers we’ve heard so much about. I started a company based on what I thought was a bright idea of mine. Within a couple of years, I’d crashed and burned, and discovered myself in financial ruin and without a job. Trying to find a job in my industry or to establish a consulting practice, I learned it was no industry for old men. Mostly to keep myself sane, I decided to write a novel based on the germ of an idea I’d had in my twenties. That turned became Lightpoints.

Oh, and along the way, I met the woman who would become my wife, married her, raised two children, and housed as many as five cats at a time. My wife and I now live in Connecticut. We’re down to only three cats.


Learn more about Peter and his books on:
Website
Blog
Goodreads

Peter pens "Lightpoints" in a unique plot revolving around a young woman, her near death experience and her new (7th) sense. Although the story line slowed down in the middle, I really have no complaints about this book. Peter's characters are well developed and came alive with his descriptions. A must read for all paranormal fans.

I give "Lightpoints" a 4 star rating.