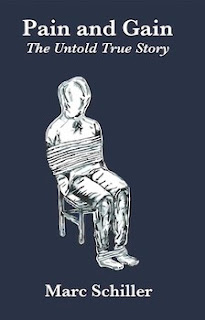 Pain and Gain – The Untold True Story’ is a gripping memoir that tells the true story behind the Paramount film Pain and Gain. Written by the real Sun Gym Gang victim, Marc Schiller, ‘Pain and Gain – The Untold True Story’ will take readers on an adrenaline rush with a shocking ending.
This is the untold true story of one citizen’s pointless torture and month-long captivity. The story, formerly mistold if not utterly overlooked, has been made into a feature film. Even as a dark comedy, there is little amusement to be found in human suffering. The sick and twisted minds of Mr. Schiller’s captors would be fodder for the Darwin Awards if the results were not so alarmingly inhumane. Physical, mental and emotional torture, as well as sensory deprivation and starvation, the prisoner of war like conditions differed only in the fact that Mr. Schiller was completely alone during his extended stay at the warehouse he refers to as Hotel Hell. An early victim of identity theft in the years following Hurricane Andrew in Miami, Mr. Schiller chronicles his story in tortuous detail. His humiliation, pain and suffering at the hands of these perverted social misfits is a shocking revelation.

What is it like to be imprisoned in near dungeon-like conditions? All this mayhem on American soil toward the end of the last millennium.

Greed, lust for power and the desire to inflict pain and misery were the apparent motivating forces behind this gruesome incident.

Truly a harrowing tale and one that you won’t soon forget. 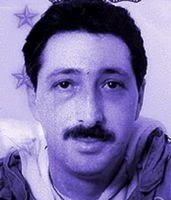 Marc Schiller was born in Buenos Aires, Argentina immigrating to Brooklyn, NY with his parents when he was seven years old. An early entrepreneur, he started several small businesses by the age of nine. He attended high school in Brooklyn, participating in sports and was member of the school’s track team.

Marc received a bachelor’s degree in accounting from the University of Wisconsin-Milwaukee and a MBA from Benedictine University. Marc has had a long and diversified career both as a professional and entrepreneur. His professional career has spanned the U.S. as well as internationally. On an entrepreneurial level, Marc Schiller has launched several successful businesses including two accounting practices both in Miami and Houston, a delicatessen in Miami and an options and stock trading company.

Marc Schiller currently works as an accounting and tax resolution specialist for a national tax resolution company. He has two grown children: his son graduated from the University of Colorado-Boulder with a degree in economics and his daughter currently attends Loyola Marymount University in California.