Interview with Cynthia Dagnal-Myron, Author of "The Keka Collection" 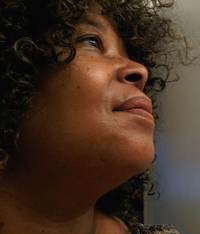 Cynthia Dagnal-Myron is an award-winning former reporter for both the "Chicago Sun Times" and "Arizona Daily Star." She is also the first black woman to become a rock critic for a "major metropolitan daily," and her articles have appeared in "Rolling Stone" and "Creem"--the latter under the tutelage of legendary rock critic Lester Bangs.

And then one day...she walked away from all of it.

And never looked back.

After moving to the Southwest in the early 80's, she became a public relations liaison for The Hopi Tribe, and moved to their reservation where she eventually returned to her first career, teaching. Three years later, she married a Hopi artist and became part of his proud-and very large-family.

She continued to publish regularly in Working Mother and elsewhere, but only when spirit moved. With a daughter to raise, children to teach and the wide turquoise skies of the Hopi reservation to gaze upon, her spirit was otherwise occupied most of the time.

Over 20 years later, left free to "just be," having retired early to do precisely that, she started a blog on Open Salon to take stock of what had gone before and ponder what might come next. She wrote of the triumphs and challenges of midlife, celebrating family, friends and the Southwestern way of life she'd grown to love.

But she gradually began to chronicle and comment upon the times she lived in--sometimes with deep affection, sometimes with righteous indignation. Salon editors took note, placing her blog posts on the covers of Open Salon and Salon itself. A British magazine reprinted one of her most popular posts about her "rock and roll summers" in London. 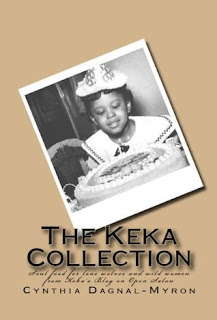 A controversial post about the Trayvon Martin shooting prompted the producers of the TV and radio show Democracy Now, to invite her discuss her own experiences "walking while black" and to celebrate her 5th grade teacher and beloved role model, Mamie Till Mobley, the mother of Emmett Till, the 16-year-old boy whose lynching was one of the watershed events leading to the Civil Rights Movement.

Soon an old Sun Times colleague, Roger Ebert, discovered that the young woman with the infectious laugh with whom he'd sat "desk-to-desk" for five years was doing some of the best writing of her life. Supportive as ever, he began to Tweet and Facebook her articles regularly. And the "hits" catapulted her to the top of the Open Salon popularity charts each time.

Week after week, readers urged her to "...make a book out of all this!"

And the story of her life.

1.      Why was writing The Keka Collection so important to you?

I had amassed a big, supportive circle of readers at Open Salon who, like my friends and family before them, felt that I should turn some of my blog posts into a book that would let other people unfamiliar with my blog read my writing.  When my old Sun Times pal Roger Ebert chimed in, I knew it was time to do it.

Writing, for me, is always more like transcribing.   So I rarely outline, though some would say that the outlining process goes on in my head before I begin to write.  But it begins with an idea that won’t stop nagging me or that is almost completely “ready” to be downloaded onto the page.   I tell people the first draft just writes itself, and then I tweak it.  I never write unless it’s “urgent.”

For this book, it was a “no brainer.”  It’s a collection of my blog posts from my Keka’s Blog page on Open Salon.

4.      When did you first consider yourself a writer?  I’ve been writing since I could first hold a pencil, and I considered myself a writer even back then when I made up little stories and pretended to be “writing” them down.  Even in middle school, when I wrote and helped edit the school newspaper, people urged me to become some kind of writer or journalist.

5.      What books do you believe influenced you in your life?

Soooooo many books.  But I most vividly remember these:  The Catcher in the Rye, The Sound and the Fury, The Beautiful and the Damned, The Grapes of Wrath, The Loneliness of the Long Distance Runner, Tennessee Williams’ plays, Tom Stoppard’s plays, everything by Ernest Hemingway, Lord Byron, Oscar Wilde and Rimbaud.

Did you initially have a different idea of how it would look?  I created it on Createspace, so I had lots of templates to tinker with.  I only knew that the picture I use on my blog, of me at one of my birthday parties, had to be part of it.

I get up, grab the laptop on my bed or go to my “mothership” PC and check in with my online students.   Then, I make a “portable” breakfast and go back to my computer to do some work on the 12th grade critical reading and writing curriculum I’m creating for a virtual high school being launched next fall.   After I exercise, shower and get dressed for the day, I write for about three or four hours.  Then I have dinner, watch some TV or read for a while…and go back to do some more writing just before I go to bed.  On occasion, I’ll have a lunch with one of my wonderful women friends, to get out of the house and away from the daily routine.

8.      What do you like to do when you aren’t writing?   I watch my favorite movies or discover new ones that become favorites, or I read.  I’ve also begun to create beaded jewelry, just for myself, because I’ve found out how easy it is to make what I like.

9.      What do your family and friends think of your writing?

They’re my biggest fans, and are constantly pushing me to write more.  So I have a great support group.

10.  What do you think is more important – a good plot, or good characters?  Why did you choose the one you did?

This isn’t a novel, but I’m writing one.  And for me, it all begins with good characters who nudge me into telling their stories.  I’m not a plotter—I think I did well in the Project Greenlight competitions created by Matt Damon and Ben Affleck a few years ago because they, too, are not “plotters” by nature.  If I wait ‘til the characters are just chomping at the bit to be “born,” they take me through all the right twists and turns when I start writing.  So the actual writing process doesn’t take very long at all.

The kid I’m writing about right now is from a script that several of my screenwriting gurus and two producers said should have a novel written about him.  They felt that confining him to a script wouldn’t do him justice.  So I’ve finally decided to act on that advice, and he is just running me ragged.  I can hardly keep up!

* Disclosure of Material Connection: I am a member of Pump Up Your Book. Although payment may have been received by Pump Up Your Book, no payment was received by me in exchange for this publication.  This disclosure is in accordance with the Federal Trade Commission's 16 CFR, Part 255, Guides Concerning Use of Endorsements and Testimonials in Advertising.