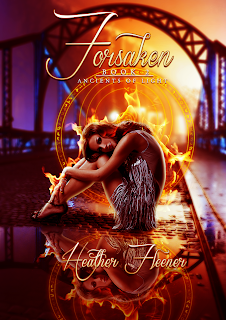 The Prophecy Will Be Fulfilled
Ancients were created in the beginning of the age of man. The Vampire were birthed by the underworld after mankind’s fall from grace to destroy what remained of God’s people. This threat to Creation was countered with divinely-breathed immortals. The Witch were most effective against the nefarious agenda pursued by the evil ones. An arcane Prophecy proclaims that the divine purpose of the Ancients of Light will be fulfilled, beginning with the rise of the Chosen. Now the Queens will join her…

Fire is her Destiny
Ella long ago determined she would not live a life where magic defined her. Feeling no kinship with her Caste, she walked away from the Realm and its conflicts. She found acceptance and fulfillment in her life amongst the mortals and is on the brink of achieving her dreams.

Darkness is His Curse
Nicholas is the most revered warrior in the Darks’ army. His personal animosity towards the Light drives his existence and draws him to the one Witch he is set on controlling. Nicholas knows the reasons that Ella never found acceptance within the Fire Caste of Witch and he will use that knowledge to pursue his Dark agenda.

When Light and Dark Collide
Despite her origins, Nicholas discovers more in Ella than just a powerful Fire Witch, leading him beyond the Dark evil that has plagued him for eight centuries. Ella disregards the inherent calling of her breed for the only true belonging she has ever experienced, the love she finds with her Dark Vampire. The beginning of the very Prophecy that will save the Light tears the pair apart and the fallout threatens their existence. When two of the most powerful immortals on opposite sides of Realm collide in divinely-inspired fate, neither will escape unscathed. Only when the Forsaken finds grace will Ella and Nicholas be able to fulfill the destiny that has always been meant for them.


About the Author, Heather Fleener:

Heather Fleener lives in Indiana with her husband, D.A. and their twins, Thomas and Alexandra. Professionally she has spent her career working in the area of Intellectual Property law.

Reading has been a passion of hers since she was young and she has been a closet-romance junkie her entire life. The romantic styles of Judith McNaught and Julie Garwood are her inspiration, though she has read and loved the stories of countless other authors. Her fascination with the paranormal began to form at the young age of six, watching late-night ghost and vampire movies with her Grandpa. Unfortunately, as a result, she also remains afraid of the dark to this day.

Combining her love of epic romances and the supernatural was a natural progression for her overactive imagination. When the idea for the Ancients of Light series began, it was an abstract story line rambling around in her head to help kill a few miles on the treadmill. As the stories and plotlines continued to grow, it finally became necessary to put the words to paper and build the characters that had been living in the Realm and having conversations in her head for months.

Ancients of Light is a series of thirteen novels - a testament to many miles on the treadmill and lots of characters that insist on having their stories told.


Learn more about Heather and her books on:

Heather pens "Forsaken", the second book in the 'Ancients of Light' series, in a plot that is filled with fantasy, vampires, witches, romance and magick. A fast paced book with characters that are well developed, strong and will keep your attention from beginning to end. I personally liked "Forsaken" much better than the first book "Chosen" and really can't wait for the next book to be released. Highly recommended for all romance, fantasy, magick fans.

I give "Forsaken" a 5 star rating.

10 copies of Forsaken, Ancients of Light #2 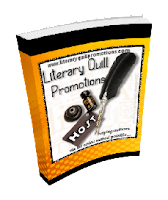 * Disclosure of Material Connection: I am a member of Literary Quill Promotions and a copy of this book was provided to me by the author. Although payment may have been received by Literary Quill Promotions, no payment was received by me in exchange for this review. There was no obligation to write a positive review. All opinions expressed are entirely my own and may not necessarily agree with those of the author, publisher, publicist, or readers of this review. My Cozie Corner is not responsible for sponsor prize shipment. This disclosure is in accordance with the Federal Trade Commission's 16 CFR, Part 255, Guides Concerning Use of Endorsements and Testimonials in Advertising.