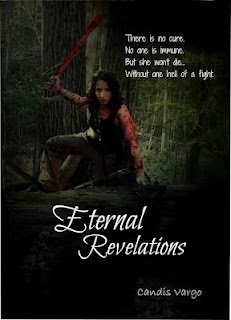 As Hell reins terror on the earth, can one child bring back humanity and defeat the Devil himself? After millions of people vanish and the dead rise to spread plague over the Earth, 23 year-old Evelyn and
her brother join with a small group as they fight for survival. As the plague spreads and the number of the Reanimated rise in humans and animals alike, there isn’t anything man made that is strong enough to hold them off. When Evelyn and her group find one of the only children left on Earth—an Autistic child—the Devil begins lurking in the darkness, following their every move. The remaining children are the only chance the human race has at defying the plans  the Anti-Christ holds. Of all the horrors the Earth now holds, none are comparable to how treacherous the living become once their humanity is thrown out the window. Evelyn realizes survival isn’t just fighting for your life but fighting for your humanity in a world of terror. Join the journey fight for survival against the undead and beasts released straight from the pits of Hell.


About the Author, Candis Vargo:

Candis Vargo grew up on an old dirt road where her imagination ran wild. She lives in Rome, Pennsylvania where she raises her three children and is married to her High-School-Sweetheart. She’s a cowgirl boot wearing, xbox playing, zombie addicted lady.


Learn more about Candis and her books on:
Website/Blog
Facebook
Goodreads

Candis pens "Eternal Revelations" in a unique plot centering around humanity that depends on the children of the earth to save it. With interesting and well developed characters, the book kept my interesting from cover to cover and didn't let go. A must read for all mystery, horror, thriller fans.

I give "Eternal Revelations" a 5 star rating.