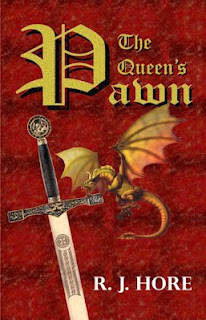 An impoverished scholar and farm youth Harrow, becomes involved with a magician and is forced to assist in the escape of Queen Reginee and Princess Desire-Rose from the burning capital city. Pretending to be a famous duke, Harrow reluctantly agrees to escort the sensuous queen and her very annoying daughter to the castle of the queen’s brother. They have to leave in a hurry and are pursued by a large band of the rebels who captured the city. All the fleeing refugees have are the clothes on their backs and a small squad of untrained guards for protection.

Black wizardry is afoot, sundry dangerous creatures hide in the underbrush, and villains, monstrous and common, seductive and evil, lurk all along the way. If that were not enough for the young man to worry about, the queen’s amorous chambermaid and bodyguard, Mathilde, a smallish giantess, just wants to get Harrow alone. Oh yes, and he can’t stand Desiree-Rose.

They do eventually reach the castle of the queen’s younger brother, but unfortunately they do not find the sort of welcome they were hoping for. Harrow would really like to leave all this strife behind and escape back to his former life on the family farm, but that does not appear to be his destiny. 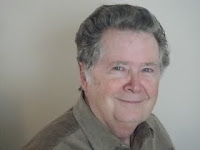 Winning first prize in a National Canadian Authors short story contest (a romantic ghost story) and having that published in an anthology, and a modern vampire tale published in another anthology.

A current member of several writing organizations, for many years I was in charge of the judging for a national Canadian history book contest, and chaired a writer’s workshop in Winnipeg that self-published an anthology, including three of my pieces: a sci fi piece, an attempt at an epic poem, and a true tale of how I almost drowned my brother and his wife in a storm the first year I owned a sailboat.

I currently review science fiction and fantasy genre novels and anthologies for an on-line magazine aimed primarily at school libraries. I have done somewhere over 60 reviews so far and also co-authored a history: “The Rotary Club of Winnipeg-100 Years of Service”.

Through BURST Books, writing as R.J.Hore, I have a medieval fantasy tale of murder and intrigue entitled “The Dark Lady” that came out in February 2012 and a fantasy detective story in December 2012 called “Housetrap”. Housetrap is the first in a series of novellas under the The Housetrap Chronicles. Three others in the series are already scheduled for publication: “Dial M for Mudder” in July 2013, “The House on Hollow Hill” in September 2013, and “Hounds of Basalt Ville” in November 2013. I have another medieval novella “Knight’s Bridge” in March 2013, and a full length novel, again a medieval fantasy, “The Queen’s Pawn,” in April 2013.

I also have a large stack of completed manuscripts in various stages ranging from a “What If” — the North Americans discovered Europe first, set in 1215AD – to a contemporary bickering married couple swept away to an alternative universe, and a futuristic tale of a lady archeologist set in outer space. Working on sequels for “The Dark Lady.”

R.J. Hore pens "The Queen's Pawn" in an original plot that flowed smoothly with interesting and well developed characters. I was totally fascinated by the descriptions and could actually see it all play out in my minds eye. A really fun read and highly recommended to all fantasy, medieval fans.