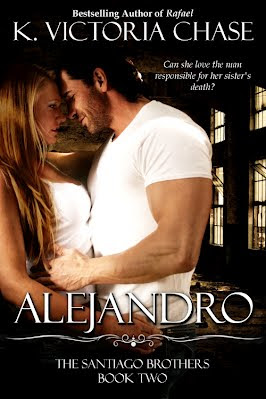 Audrey Hughes hasn't heard from her sister Penny in years.  When she receives a letter from her former drug-addicted sister that someone is going to kill her, Audrey believes her sister is being dramatic--until she discovers Penny is dead, and she's left behind a son Audrey never knew existed.It's his fault she's dead. Lana was his source, his responsibility. US Marshal Alejandro Santiago vows to avenge her killer, a drug trafficker who is the key to finding a dangerous fugitive. One problem: Lana's beautiful sister Audrey and her nephew have just become targets. Can he protect them both without his emotions compromising the mission? What will happen when Audrey learns the truth of his involvement in her sister's death?An interracial romantic suspense with a bit of faith weaved in.

She backed herself into a corner, keeping her eyes straight ahead, and her chin high. Ale leaned against the opposite wall and hooked his thumbs on his belt loops. The longer he stared at her side profile, the more she fidgeted — checking her watch, gripping her bag, glancing up at the ceiling. If she were going to give him a hard time, he’d at least have a little fun.

“How do you plan to leave? If I recall, we drove here in my car. Yours is back at your sister’s.” He smiled triumphantly.
She favored him with half a glance before setting her gaze on the control panel. “I’ll call a cab.”

“No one is going to give you the number to a cabbie, on my orders.” She gave him a chagrined smile. “There’s an app for that on my iPhone.”

His eyes fell to her bag and he lifted his brows. “I’ll wrestle it away from you.”
“Ha! After our last fight? You wouldn't dare.”
“ Wouldn't I?”

Being reminded of his literally crushing defeat at the hands of a woman would've normally irked him, but he remained unbothered. In fact, the thought of another round with the pretty spitfire intrigued him. She gave him a slitted stare, and he responded with a wide grin.

“You have some nerve.”
“Actually, you don’t know the half of it.”

The memory of their kiss exploded in his brain, his blood pounding in his ears and racing throughout his body, warming muscles stiff after a long day’s work. Her eyes widened a bit, and he wondered whether her thoughts mirrored his own. Maybe they do… 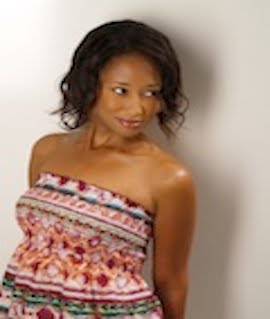 From childhood, K. Victoria Chase enjoyed writing stories and plays and reading Christian romance. She received degrees in Criminal Justice and Diplomacy and worked as a federal law enforcement officer for several years before deciding to try her hand at writing a complete novel. Today, K. Victoria Chase is an Amazon bestselling author both in the US and the UK. She writes both clean and Christian interracial romance.