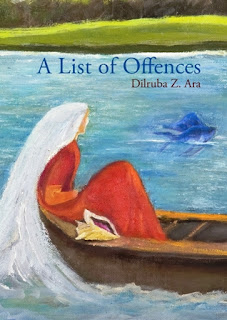 
Daria, the heroine of the book is born under unusual circumstances that cause the people of her small village to gossip; yet as she grows she becomes an intelligent, sensitive and spiritual beauty that one feels is destined for a perfect life. After a flood, a boy is found on the bank of her river. Daria’s parents adopt the boy, and Daria befriends him. As they grow Daria begins to inhabit Mizan’s dreams and thoughts, but a sudden meeting with anglophile Ali Baba brings everything crashing down around Daria. She forgets her upbringing and falls madly in love with him and after her hasty wedding, she moves to Baba Lodge and is brought into the suffocating life of Ali Baba and his family.

Here she lives a life unloved and psychologically abused until she gets pregnant. Now she begins to hope that finally her potential for love, luck and happiness will be realised through her new-born child. Yet relations between Daria and her in-laws deteriorate further. Daria finds herself torn between the religious mandate of Islam to stay with and obey her husband and the call of her intellect and instincts to flee and forge a different life for her daughter.

By Dilruba Z. Ara, author of A LIST OF OFFENCES

My Name is Daria.

My name is Daria and A List of Offences is my story. The writer has tried to narrate why I had to make a choice between my personal happiness and my family’s honour. You might think that A List of Offences is just my story. But you are wrong. It is a story of numerous girls and women in the subcontinent who are being repressed, and have been suppressed for ages, by their families. I represent all those women.

I was born in a lush village in Bengal, where people pass their time gossiping, taking pleasure in other people’s misfortune. My birth whetted their fantasizing because of the colour of my hair, which was white‒ the midwife lost control of her bladder at the sight of it. The villagers predicted that no one would ever marry me. You see, there is no fate worse than being declared unsuitable in the marriage market. Girls are born to be married, to become mothers and then mothers-in-law, in my neck of the woods. If you fail in the marriage market, your parents will lose face in their community. Your siblings will be shamed, and your younger sisters in their turn might fail in marriage market.

So a girl must do everything in her power to prove herself suitable for marriage. Families usually hide the girl away if she has any shortcomings. As for me, even though my hair colour became normal with time, my mother forbade me to speak of the circumstances around my birth. She also taught me many other things that were deemed good in our community.

I tried to live up to her expectations, but then I met the handsome Ali Baba, a city boy who had come to our village with my best friend, Mizan. Ali Baba took my breath away. I fell madly in love with him and, fighting my parents, I married him. I believed that people in the city wouldn’t be as narrow-minded as in my village. But I was wrong. His family was pathologically tight-knit and refused to accept me. My mother-in-law, aware of village customs, had me cornered like a caged beast. It became an abusive marriage. I couldn’t return to my family as a divorced girl. My mother wouldn’t let me. She said it would bring shame upon the family and it was my duty to make my marriage work no matter what. I tried to bear the pain with dignified silence, until I got my own daughter... 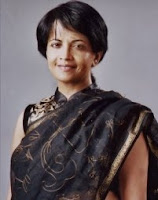 Dilruba Z. Ara was born in Bangladesh. Nurtured on Greek mythology by her father, and hearing Indian fairy  tales as bedtime stories from her mother, Dilruba had her first story published when she was eight years old. While in university at the age of twenty, she met  and married her husband, a Swedish Air Force officer, and moved to Sweden, where she obtained degrees in English, Swedish, Classical Arabic and linguistics. She now teaches Swedish and English in Sweden. An accomplished, exhibited artist, her paintings have been used as the covers for the Bangladeshi, Greek, and U.S. editions of A LIST OF OFFENCES.