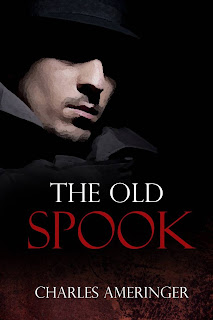 
The Old Spook is a spy/detective novel about a burned out CIA operative Tom Miller that morphs Richard Burton (Alec Leamus) into Humprey Bogart (Sam Spade)—and back again! A tale of espionage and sleuthing that engages the reader in the culture and tradecraft of the CIA and the dilemma of government secrecy in a democratic society. The novel begins with a flashback of the old spook’s career that reveals the stress of shady dealings with sinister characters and transports the reader to such places as Mexico, Guatemala, Costa Rica, Bolivia and Chile. Miller has hair-raising encounters with the Russian agent who recruited Lee Harvey Oswald and meetings with Miami Mafia figures. He’s involved in several plots to assassinate Fidel Castro. In the wake of the Watergate scandals and Jimmy Carter’s purging of the clandestine services, Miller takes forced retirement. Not ready to call it quits, however, he goes home to Milwaukee where he opens a detective agency and takes on a missing-person case that unwittingly puts him on the trail of a Mafia hit-man. This case gains the attention of Detroit crime bosses and the CIA itself and then there’s an attempt on his life… The novel covers the 1950s to the 1970s and plenty of names are dropped – Dulles and Helms of the CIA, the Kennedys, Guevara, the missing union boss Jimmy Hoffa, the Mafia chieftains Sam Giancana and Johnny Roselli, Oliver North et al. In the style of Upton Sinclair and Herman Wouk, the fictional Tom Miller interacts with actual events and personalities to provide an entertaining and intriguing read.


About the Author, Charles Ameringer:


Charles Ameringer is professor emeritus of Latin American history at Penn State University; a former captain in the USAF Reserve; before beginning his teaching career, he served as an intelligence analyst in the U.S. Department of Defense. During his academic career, he wrote seven scholarly books; in retirement, in 2012, he changed pace and wrote a spy/mystery novel, "The Old Spook" (listed below), in which a key part takes place in his hometown of Milwaukee.


Learn more about Mr. Ameringer and his books on:
Goodreads
Solstice Publishing

Charles Ameringer pens "The Old Spook" in an entertaining and powerful plot filled with spies, secret wars, CIA agents and foreign countries. A nice bit of history told as fiction that will keep you on the edge of your seat. I wasn't real sure about the book in the beginning, since I'm not a real history buff, but it turned out that I couldn't put it down once I got started. I just loved the book and the fact that all author royalties from this book will be donated to the Wounded Warrior Project, something that is rarely seen anymore. Highly recommended for all readers.