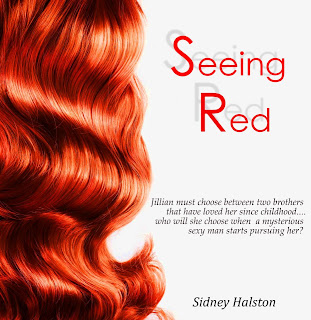 About the Author, Sidney Halston:


Sidney Halston lives her life with one simple rule: “The secret of getting ahead is getting started.” Mark Twain, or even simpler, “Just Do It” Nike. And that’s exactly what she did. After working hard as an attorney, Sidney picked up a pen for the first time at thirty years old to begin her dream of writing. Having never written anything other than very exciting legal briefs, she found an outlet for her imaginative romantic side and wrote Seeing Red, among four other novels currently in the works, including the sequel to Seeing Red. That first pen stroke sealed the deal and she fell in love with writing.