"Age of the Aura, Phase I: Champions of Power" by Samuel Odunsi Jr {Book Review} 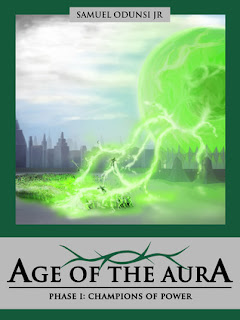 There was no other name for the Blessed Galaxy. After being gifted with the Auras, five great powerhouses of celestial creation, the title was a suitable fit. While harnessing such energies, the governing bodies have ruled their respected reaches of the Galaxy for a number of millennia, but now they face the threat of an inevitable calamity that could shake the lives of everyone, caused by one of the five Auras.

After accepting a sudden promotion, a devout man of science, named Lowen Sars, decides to take on the burden of saving the galaxy’s people after he learns of the calamity, but soon realizes that the role of a hero was a calling not meant for him. In his process of self-discovery, Lowen inadvertently begins the fateful saga of not only the Blessed Galaxy but also the kingdom in possession of the corrupt Aura, and especially its two young heirs of the throne.

Age of the Aura, Phase I: Champions of Power is the first book in a science fiction series that has yet to be seen elsewhere and it will certainly be one for the ages.


About the Author, Samuel Odunsi Jr: 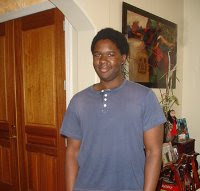 Being an American-born child of Nigerian immigrants, Samuel's upbringing and various influences in Academics, Martial Arts, Movies, and Literature has helped him develop the unique story of the Age of the Aura series, and his hope is to bring a new delight to those who enjoy the genre of science fiction. His second book in the series will be released in the near future and he assures those that enjoyed the first book will absolutely enjoy the next installment.

Purchase "Age of the Aura, Phase I: Champions of Power" on:
Amazon

"Age of the Aura, Phase I: Champions of Power" was so much more than I expected and had a really hard time putting the book down. A true sci-fi story line with extremely interesting places, complex characters and twists and turns within the plot. I highly recommend this book to all sci-fi fans and I am very interested in what comes next in this series.

I give "Age of the Aura, Phase I: Champions of Power" a 5 star rating.