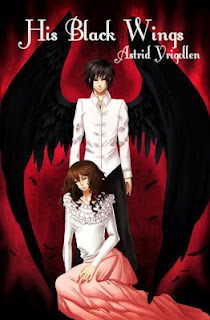 
Claren Maidstone has been forced to flee her childhood home after the death of her parents and a vicious assault from a sadistic young man who intends to marry her. Claren changes her identity and finds employment as an assistant to the handsome Fredrick Lowood, a generous yet mysterious benefactor. However, she soon finds out his generosity comes at a price. Fredrick wishes for Claren to befriend his disfigured son who resides in seclusion at their estate, Westwind.

Fredrick Lowood knows what the history books do not teach, that the Grand Council built this new world of peace and beauty on hidden blood and greed. He has plotted for years to bring down the family that enslaved his own people. Suddenly, he has the last living heir in his grasp.

Etrigan Lowood rejects the world that forces him to hide. He is powerful, plagued with a terrible dark beauty: WINGS. It is these wings that carry him out only at night to watch the unwanted intruder in his home. A creature of refined instinct yet little social grace, he is strangely captivated by Claren but knows nothing of how her family’s dark past is intertwined with his own. Through their blossoming friendship, Etrigan realizes he still retains his human heart and yearns for Claren’s love.

Kurten Wandsworth is the only son of the Mayor of St.Marhen. Kurten lives his life fueled by cruelty and lust. Whatever he wants he takes and he wants Claren to be his wife even it if kills her. Scarred by Claren he hunts her down mercilessly until he can set a trap which she will never be able to escape from.


About the Author, Astrid Yrigollen: 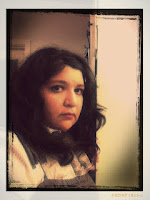 Astrid Yrigollen is a native of the Bay area of California and currently resides in the San Francisco Bay Area.

Astrid started writing stories for her friends in sixth grade. After working part time at a funeral home during high school, she channeled her love of story writing in to creating video games for PC's which were featured in Shareware magazines.

In the early 1990's she secured a position with International Video game giant, Sega of America but never lost her love for writing in traditional format. After leaving the video game industry, she worked briefly as a vet assistant, aiding in surgery until she found out she passes out at the site of blood!  Maintaining a great love of animals, but preferring work where there was no blood involved, Astrid became a boutique fashion designer for people 'who like to dress like their dolls', successfully placing her designs in boutiques in Europe, the U.S, and Australia.

She now enjoys writing Young Adult and Children's books and has succeeded in putting out The Doughnut Tree, The Zombie Playground, A creature compilation , and The Mosswoods to name a few.

Purchase "His Black Wings" on:
Amazon

"His Black Wings" kind of follows the story of Beauty and the Beast, but don't expect the fairy tale your used to. Astrid pens her characters strong, interesting, and well developed in this delightful sci-fi/fantasy love story. With a well thought out plot, you will find a few twists and no cliffhanger at the end. Highly recommended for all readers, YA and not so YA.

I give "His Black Wings" a 5 star rating.