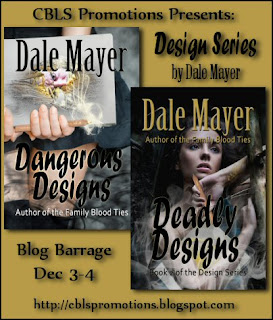 About the Author, Dale Mayer: 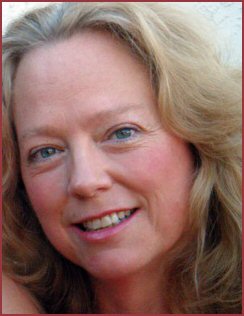 Dale Mayer is a prolific multi-published writer. She's best known for her Psychic Visions series. Besides her romantic suspense/thrillers, Dale also writes paranormal romance and crossover young adult books in several different genres.  To go with her fiction, she also writes nonfiction in many different fields with books available on resume writing, companion gardening and the US mortgage system. She has recently published her Career Essentials Series . All her books are available in print format as well. 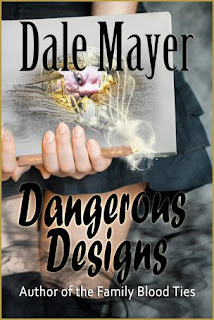 
Drawing is her world...but when her new pencil comes alive, it's his world too.

Her... Storey Dalton is seventeen and now boyfriendless after being dumped via Facebook. Drawing is her escape. It's like as soon as she gets down one image, a dozen more are pressing in on her. Then she realizes her pictures are almost drawing themselves...or is it that her new pencil is alive?

Him... Eric Jordan is a new Ranger and the only son of the Councilman to his world. He's crossed the veil between dimensions to retrieve a lost stylus. But Storey is already experimenting with her new pencil and what her drawings can do - like open portals.

It... The stylus is a soul-bound intelligence from Eric's dimension on Earth and uses Storey's unsuspecting mind to seek its way home, giving her an unbelievable power. She unwittingly opens a third dimension, one that held a dangerous predatory species banished from Eric's world centuries ago, releasing these animals into both dimensions.

Them... Once in Eric's homeland, Storey is blamed for the calamity sentenced to death. When she escapes, Eric is ordered to bring her back or face that same death penalty. With nothing to lose, can they work together across dimensions to save both their worlds?

Her mother knocked on the door and pushed it open, the light from the hallway lighting the few silver strands in her otherwise brown hair. "Can't you sleep?"

"Sorry if I woke you." Storey sat up, brushing her own jet black hair back off her face. "Just a bad dream."

"That's because you didn't have any dinner. I checked up on you after the meeting finished. You'd fallen asleep." Her mother's fingers twisted around a dangling lock of hair as she stepped into the room. She bit her lip. "Storey, you have to eat. You're already skinny enough."

Bone rack is what a jock had called her last month. Looking down, Storey realized they could be right. Her hip bones stuck out to match her big elbows. And her body had developed to the point where she barely missed the skinny scarecrow look. Too bad. She might have been able to make that work.

"I'm eating, Mom. They had pizza in class today, so I didn't need my lunch. Ate that on the way home." That was a lie. Still, she had more important things to worry about than food.
Relief washed over her mom's pretty face. "Oh, I'm so glad to hear that. Sometimes I worry about you."

Sometimes? Didn't she mean all the time? Was that normal for moms? Then again, there was a world of difference between normal and her mother.

"What time is it?" Storey looked out the window. Blackness stared back.

"It's just a little after midnight. Please get into your pajamas. You don't want to be sleeping in those jeans." She backed up to the open door. "If you're all right, I'll say good night. It is witching hour, after all." With a carefree grin, her mom closed the door.

Witching hour. Right. Only in her house. Sighing at her mother's antics, Storey collapsed down on her covers and fell into a light, troubled sleep.

She sighed. "What now, Mom?"
No answer. She sat up and glanced at the closed door. Weird. She could've sworn she'd heard someone calling her. Lying down again, she pulled her blankets over top, not bothering to get changed into her nightclothes.

She bolted upright. That's it. Who the hell was playing games with her?

Throwing back the blankets, Storey knelt on her bed. "Who said that?" she hissed into the early morning air. Not trusting the gloomy light, she flicked her bedside lamp on, quickly scanning the room. Empty. "I am so losing it. This is nuts."

Her gaze landed on the backpack on her floor. Her eyes widened. Oh no.

"No, no. Hell, no." She shook her head, slowly at first then more wildly. "This can't be happening. It's a picture. Nothing more. Nothing less. I created you. I can destroy you."

That's exactly what she was going to do. She dragged the backpack onto her bed and opened it. The knot defied her first and second attempts, before she managed to pull the laces apart and yank out her sketchpad. "I don't know what's going on here, but enough is enough."

She flipped to the last page she'd been working on and grabbed it at the top left and pulled. It wouldn't tear off. She tightened her grip and tried again. It refused to budge. Scared now, she threw it on the floor and in a fit of defiance, she jumped on it.

She went right through the doorway in her picture. 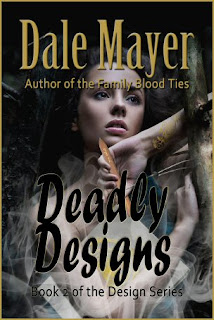 Drawing is her world...but when she's banished to a deadly new world and needs help, it's his world too.

Her... Storey Dalton wants to go home - but something goes terrifyingly wrong and she ends up in her worst nightmare. There's no escape...not without Eric or her stylus. Then she finds someone who needs rescuing even more than she does...

Him... Eric Jordan races to save Storey, only to realize a close family member has betrayed them both. Now the enemy is closing in on him. When he meets up with Storey, he knows her plans are a bad idea, but she won't be dissuaded...and it could be their only way of staying alive.

It... The stylus, now bonded to Storey's artistic soul, is determined to survive this new chaos - against all odds. But damaged from a prolonged separation, he can't help Story or Eric - without making things worse.

Panic sat on the edge of her consciousness, waiting for a moment of weakness to pounce. She'd come to rely on the stylus and sketchbook so much that she found herself at a loss as to what to do now. Her simple codex, not like the high-tech one that Eric wore, didn't appear to be functioning either. She'd tried pushing the buttons, hoping to recreate the same musical combination Eric had used, but the instrument made no sounds.

Had the Councilman managed to switch codexes so Paxton gave her a broken one, too? Or was it the prison walls preventing the codex from functioning? Or her being in an altogether different dimension?
She wished she'd taken the time to learn more about how to use these travel machines. She'd figured she had time to study it at her leisure once she got home. Have Eric give her some one-on-one training time this coming weekend, maybe.

Now she was imprisoned with only the codex, which she had no idea how to use, to help her escape. Damn it.

She could excuse her lack of foresight. It had been a hellish couple of days. Her emotions had been all over the place.
Yeah. Hindsight gave her a different perspective. If she couldn't draw her way out of here, or portal her way back through the codex's abilities, she was literally stuck here with only old fashioned methods of escape. Now if only she knew what they were.

She had yet to see her captors. She also had no weapons or anything to make a weapon from. For all intents and purposes, she'd been dumped into a hole in the ground and forgotten.

A horrible thought and one she really didn't want to dwell on.

She couldn't believe how much she missed her stylus. She could only hope whoever had it was taking care of it. There were souls in there. Souls that needed care.

She had been able to communicate verbally with her stylus, at least while she'd been holding it. She'd still had to write the answers down, but…what if she scratched a message in the dirt? Would the stylus be able to talk to her? They were still bonded and according to it, would eventually be able to communicate both ways telepathically. Only she had to develop her skills for that to happen.

It was worth a try. But what did she have to scratch in the dirt with? She studied the tab on her jacket zipper. Made from hard metal, it had ripped half off already.

With a hard tug, she pulled the tab off and took several steps forward, looking for where the ground might be softest. Everything that she'd seen so far had been damn near rock. Back where she'd first regained consciousness, she squatted down and scratched, Stylus, can you hear me?

She scratched again. Stylus, I'm in trouble. Can you help?

Damn it. She didn't want to admit it, but fear was starting an insidious slide inside her mind. She tried again, harder, almost making her fingers bleed from trying to scratch an impression into the ground with such a small tool. Stylus. I need help. Contact Paxton. I need Eric to escape.

She bowed her head. What had she expected?

She'd been tossed into a hell hole and no one knew. Except…maybe, the Councilman. The man was a power hungry toad. Remembering the look of satisfaction in his beady eyes as she disappeared to God knew where sent more shivers down her spine. It also had another effect.

Anger and pride rose to battle the loneliness and fear. She would not let him win.

* Disclosure of Material Connection: I am a member of CBLS Promotions and a copy of this book was provided to me by the author. Although payment may have been received by CBLS Promotions, no payment was received by me in exchange for this review. There was no obligation to write a positive review. All opinions expressed are entirely my own and may not necessarily agree with those of the author, publisher, publicist, or readers of this review. This disclosure is in accordance with the Federal Trade Commission's 16 CFR, Part 255, Guides Concerning Use of Endorsements and Testimonials in Advertising.