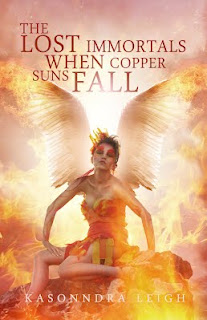 
It has been fifty-five years since the angels of the Apocalyptic War attempted to wipe out humanity. Now a new nation has been built where alchemy is forbidden, and angels fear for their lives as they hide among the mortals.

The city’s leaders share one view on the ancestors of angels: shoot first, no questions.

When her twin brother falls into a strange coma, sixteen-year-old Chela Prizeon vows to discover her role among these exiles, the royal angels known as the Lost Immortals.

Chela’s only hope lies with the mysterious, but infuriating leader of a rebel group. But can she trust this boy, someone who can control her dreams and her heart.


About the Author, KaSonndra Leigh: 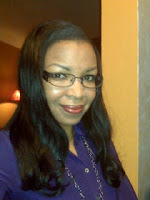 "The Lost Immortals When Copper Suns Falls" is a fascinating magical and mythical story that starts out a bit slow but picks up fairly quickly sucking you right in. KaSonndra pens her characters strong and well developed that you will find yourself actually connecting to them. Recommended to those who love the paranormal, sci-fi fans.

I give "The Lost Immortals When Copper Suns Falls" a 4 star rating.