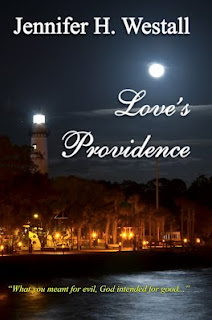 Later that evening, Lily stood on the playground and squeezed the sand between her toes as a warm, moist breeze swirled strands of hair around her face. The village shops by the pier had been teeming with tourists all afternoon, but most of them had closed down hours ago. The sounds of traffic and screaming kids had faded into a gentle lapping of the ocean against the nearby rocks.
Her feet ached from walking around for the past several hours, and her head was beginning to throb as well. To make matters worse, her dad had insisted that she keep an eye on Kara and her cousin Rachel, which meant an evening full of aimlessly wandering through tourist shops and listening to shallow comparisons of one guy after another. At this point, she wanted nothing more than to go back to the beach house, put her feet up, and relax with a good book.
A few yards away, Kara and Rachel competed to see who could swing the highest. As much as they insisted on being treated like adults, it was amazing how childish they could be. She rolled her eyes and sighed, glancing down at her watch. Nearly time to go.
“Y’all about ready?” she called.

About the Author, Jennifer H. Westall: 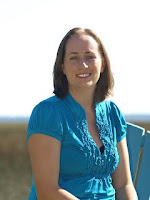 I grew up in Birmingham, Alabama and Holly Pond, Alabama, two very different towns that I love for so many reasons. Holly Pond is my soul, the place where I go to remind myself of who I am and where I come from. It's a quiet place that allows me to reset when I've fallen off track.

Birmingham is my heart, the place where I lived out my story. I go there to remember my best friend, my first love, my first job, my first heartbreak.

And then there is Saint Simons Island, the place I go to feel alive, to feel the breeze off the ocean, the salt on my tongue, the excitement of my first (and only) summer fling.

I may reside in the suburbs of Atlanta, creating memories with my sweet boys, but I call several places home.

"Love's Providence" is a well written inspirational novel for young adults to mature adults. An easy read that will draw you into each believable character's story. There is some drama and romance, but I found it is not overdone.  Recommended for all YA readers.

I give "Love's Providence" a 4 star rating.