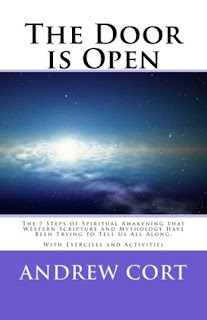 WHAT DOES ‘REPENTANCE’ REALLY MEAN?

Jesus ministry begins at the Jordan River, where John is preaching Repentance. This also signifies that our own journey of spiritual awakening must begin right here with Repentance. But what exactly is Repentance?

‘Repentance’ is generally understood to mean a sincere feeling of regret and sorrow (not merely a hypocritical claim  of regret and sorrow) for a sin against God, as a result of which we hope to procure His forgiveness and avoid punishment for our evil acts.

But actually, the Greek word that is translated in the Gospels as ‘Repentance’ is Metanoia, which really means to change one’s mind, to think in a new way. It implies a manner of thinking that is beyond our usual state of mind.

The Bible consistently teaches that all spiritual attainment begins with thinking in a different way. Unless the Mind changes, unless our attitudes change, nothing in the world will ever change, for we will remain forever exactly as we are.

At an early point in the New Testament, Jesus’ disciples bring up a recent story of some Galileans whom Pilate had viciously murdered. Jesus asks them, “Do you think that because these Galileans suffered in this way they were worse sinners than all the other Galileans?” He then reminds them of a recent disaster in which a tower had collapsed and killed a number of bystanders. “Or those eighteen who were killed when the tower of Siloam fell on them – do you think they were worse offenders than all the others living in Jerusalem?” On the contrary, he says, none of this happened to these people because they were evil. They did not ‘deserve’ it.

Then Jesus concluded by telling the disciples, “Unless you repent, you will all perish just as they did.”

What are we to make of this strange warning!? It cannot mean that all the disciples will be murdered by Pontius Pilate or crushed by a falling tower. Nor can it mean that they will all necessarily be punished with a painful death if they do not feel the appropriate amount of guilt for all the dreadful things they have done in life: plenty of sinful people die peacefully in their sleep without ever seeking forgiveness.

What this means is, ‘unless you change the way you think and awaken, you will die in a state of unconscious, meaningless, sleep, exactly as they did, and that means you will disappear forever, just as everyone does who dies unawakened.’

This is what Jesus wants his disciples to concern themselves with. For him, religion is not about social morality – and certainly not a vindictive self-righteous morality or a sentimental need to be ‘good’. Religion is about the perfection and ascension of the soul, and this begins with Metanoia. 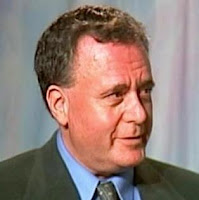 Purchase "The Door is Open" on: