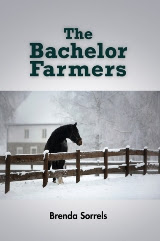 
The Bachelor Farmers is a story about two Norwegian brothers who learn the meaning of love from a most unlikely source. Hans and Jon, the youngest of four immigrant brothers have just inherited land from their recently deceased father. They set out to develop the land, thus perpetuating the family dream of success in America. When Jon learns that the husband of Mahal, a beautiful half-breed Ojibwa woman has been injured on their property and cannot work, Jon hires her and brings her home. Under the eye of his disapproving brother, Jon finds himself falling in love, but when a terrible blizzard blows into town without warning, the three of them must deal with the consequences, and Mahal is forced to make a decision that reshapes their lives in profound and unimaginable ways. The Bachelor Farmers takes us into a world where true meaning and healing are found in the complexity of human relationships and dreams of a better life fuel a family's drive for success.


About the Author, Brenda Sorrels:

Brenda Sorrels grew up in Fargo, N.D. and attended Manhattanville College in Purchase, N.Y. She's worked as an editor at Mademoiselle Magazine and in promotion with the National Media Department of The Fox Broadcasting Company. She now lives in Dallas with her family, including small dog, Charlotte - and spends summers writing in Connecticut.

My mother was the youngest of 15 children and when I was a small girl I used to visit her hometown, Halliday, in the western part of N.D. I had two bachelor farmer uncles who used to ride horseback to the white Lutheran church on Sundays! There was an Indian reservation nearby and I remember many stories surrounding the the Native Americans. The stories were mixed - involving their customs, the pow-wows, the drinking and bar fights! Later one of these uncles lived with a Native American woman who cared for him until he died. The inspiration for my writing comes from these experiences and the unending stories of childhood!

Brenda pens "The Bachelor Farmers" in a plot that contains realistic and vivid writing, with characters that were very well developed and believable. A wonderful and beautiful story of two immigrant brothers making their way during the hard times of the early 1900's. Highly recommended for all readers.

I give "The Bachelor Farmers" a 5 star rating. 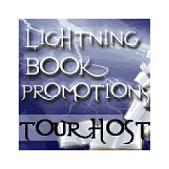 * Disclosure of Material Connection: I am a member of Lightening Book Promotions and a copy of this book was provided to me by the author. Although payment may have been received by Lightening Book Promotions, no payment was received by me in exchange for this review. There was no obligation to write a positive review. All opinions expressed are entirely my own and may not necessarily agree with those of the author, publisher, publicist, or readers of this review. This disclosure is in accordance with the Federal Trade Commission's 16 CFR, Part 255, Guides Concerning Use of Endorsements and Testimonials in Advertising.