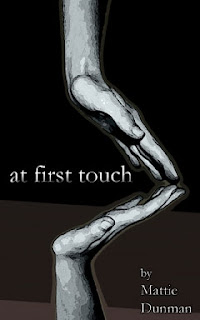 Liz Hannigan has been on the run since she was twelve years old. Her mother is dead. Her father has lost his job. And thanks to an experimental procedure, Liz is now able to ‘download’ the contents of every brain around her with a simple touch. Forced to hide from both the federal government and a darkling group of morally deficient scientists known as the Coalition determined to exploit her abilities, she moves with her father to the bucolic coal town of Pound, West Virginia.

But the hunt for Liz and her abilities hasn’t ended, and her hopes for peace are shattered when she inadvertently downloads the enigmatic Carey Drake, whose unusual good looks and charm conceal a secret as shocking as her own. Stunned by the knowledge that she has found someone else who has extraordinary abilities, Liz finds herself drawn to Carey, discovering a deep attraction, and dares to hope for the first time she might find love.

But when an agent of the Coalition begins stalking her, Liz must find a way to work with the government agency she most mistrusts as she strives to build a longed-for normal life and take down the agent who has tracked her down. Caught up in a struggle to save herself and those she loves, the girl who sees all is blind to true danger until it is too late.


About the Author, Mattie Dunman: 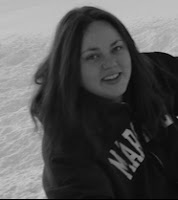 Mattie Dunman is a lifelong resident of "Wild & Wonderful" West Virginia, and has dreamed of being a writer since she first held a pen in hand.

Mattie has pursued several useless degrees to support this dream, and presently enjoys teaching (or tormenting, as the case may be) college students the dying art of public speaking. She spends most of her free time writing, but also indulges in reading and traveling.

She is the proud owner of an adorably insane American Eskimo named Finn, and a tyrant cat named Bella, who take up more of her attention than they probably should.

Mattie is currently working on the second book in the First Touch series, and is ecstatic about her new release, At First Touch.


Learn more about Mattie and her books on:
Website
Email
Goodreads

Purchase "At First Touch" on:
Amazon

Mattie pens "At First Touch", a YA paranormal romance in an exciting plot with well developed and realistic characters. This is not your normal "mind reading" psychic story line, but much different, the main character Liz "downloads" people. This tale it will grab you from the start. I read this is one afternoon and wanted more. Highly recommended for all readers whether your YA or adult that love the paranormal romance genre.

I give "At First Touch" a 5 star rating.


Mattie Dunman is giving away 3-eBook Copies of her book At First Touch.