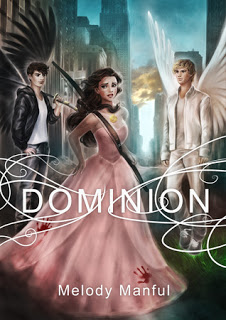 
I Dare You.
Look Over Your Shoulders.
Do You See Them?
They are behind you...
They are always behind you.

Abigail Cells had a nightmare the day before she met Gideon, the new guy in school who has every girl drooling just to be near him. In her nightmare, she was murdered by a magical creature. As she gets to know Gideon, she begins to remember pieces of her nightmare, and was shocked when Gideon turned out to be the creature from her nightmare. Who is Gideon really? Should Abby allow herself to fall completely for him, or is he the next disaster waiting to happen?

While writing Dominion, I browsed through the Internet like a crazy person, looking for images that fit the visions in my head. I spent countless hours on locations alone, believe me, its not always awesome to have a chaotic head like I do, it gets me in a lot of troubles! J

The first image that made my day was this picture of a pharmacy building in China. I had imagined the inside of the Grandinian palace being decorated in gold, so I was more than happy when I came across this image. If I could do a backflip and continue breathing, I would have. So if you read Dominion, and just can’t seems to imagine what the palace looks like because of my lousy descriptions, just imagine I described it as beautiful as this one!

As one of the biggest fashion designers in the world, Miss. Cells, and her daughter Abigail Cells lives in a very luxury house, one that I’d love to live in. Well, I’ve lived in a house like this once, it was in my dreams, but I’m pretty sure it counts. Writing Dominion, I pretended I was living in this awesome mansion. I even told my mother I wanted a palace at some point, and she just stared at me and said ‘If that dream ever come true, I want the room facing the ocean’. And then she said something about real life, which I totally didn’t hear because I was imagining myself sliding down on the hand of one of the double staircase in my imaginary breathtaking mansion.

There are a lot of places in Dominion, some of which I couldn’t come across images that did them justice. There’s even an underworld and a military training hall underneath the Cells Mansion. Setting the real world in San Francisco, I’d have to put the Cells Mansion on a cliff top, to make it more realistic. The one place I wanted to describe that didn’t get a chance to be part of the first book was the Lumenian palace, which was mentioned but never descried because none of the scenes took place there. Detailed description isn’t my strongest suit; so some of the descriptions are a little straight to the point but understand.
There are a lot of images I’d like to show as well, and for those of you who wants to see them, you can go to my website www.melodymanful.com and browser through the rest of the images I have. Some even carry major spoilers.

Dominion has 44 long chapters, although the book has only 258 pages. I took it upon myself to write quotes at the beginning of each chapter, a quote that summons the things that happens in the chapter. Each one of them includes a spoiler to the chapters, so below I want to share with you all three of those quotes and the chapter titles.

Chapter 42: Inferno
Quote: “Politicians start wars.
Men fight wars. Governments win wars.
But the innocents loses war For it is them who hurts the most.”
Only two more chapters until the ending of Dominion, this chapter is one of my favorites, and this quote is on top of my favorite quotes, spent a little time on it then I did most of them. It seems up what happened in the chapter, but from the POV of the angels and not the humans.

Chapter 37: Galaxy Distance
Quote: “I look at you, standing close to me.
I know what I want and it’s hard to believe that when you look at me, it’s like I touch the sky. Suddenly you’re cold on your way to fly.”
This quote is from the Series theme song, which you can listen to here: http://www.youtube.com/watch?feature=player_embedded&v=HSSSD2PXlmc

The song itself contains major spoilers to the entire series, so be sure to listen to it more than once or twice.

Chapter 40: White Satin
Quote: “Before love grew claws and horns, it used to have to have a halo.”
This chapter is told from Abigail Cells’ (Girl on cover) POV. The whole book is told from Gideon and Abigail’s POV, and this quote right here sums up the part of Abigail’s life where she doesn’t seems to remember her right from her left.

I’d like to share more quotes with you, but I’m afraid I’ve given away more than enough. Dominion comes out on the 16th of February, please give it chance when it comes out. For more quotes go to my website www.melodymanful.com see you there! 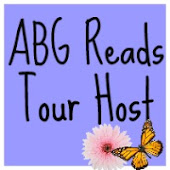