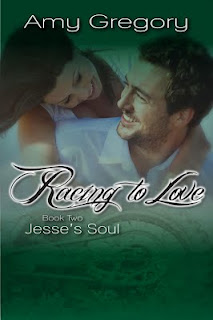 
Jesse Frost lived the life most men would have killed for. Fast bikes, fame, money and looks— from the outside looking in he had all, but the combination nearly broke him. He hadn’t thought much about any of those things throughout his career, he was just an easy-going guy from a speck of a town in Texas that had always worked hard for everything he had gotten in life. He’d been the shy guy in school, so when the prom queen found him years later, he thought he had finally made it, winning her affection was the crown jewel. Her mirage however, left him empty and certain there was no one that wanted him just for the man inside.

Emery Kincaid has a last name that is revered in their world. A woman in a man’s world and succeeding, Irish through and through, she has the temper and sass to boot and a reputation that precedes her. She has remained strong because she’s had no other choice. The pain she masks runs deep and hiding it is the only way she can survive.

Thrown together because of circumstance and forced to be in each other’s space day in and day out, sparks start to fly—from chemistry and the brakes she tries desperately to throw on. Without a doubt in his mind, Jesse thinks he’s found her, but the girl that stole his heart has a stubborn streak a country mile wide.

In reality, what Jesse doesn’t know could break his heart. Hiding her true feelings for him is the only way for Emery to protect him and in turn—herself because her secret, her pain is just too big. She barely made it out the first time, if she let Jesse in, only to have him walk away…well, that’s a risk her heart can’t take.


About the Author, Amy Gregory:

Amy Gregory leads an incredibly active lifestyle in Kansas City with her husband and their three fantastic kids who keep them running in three very different directions.  When she’s not rushing her oldest daughter to tumbling, her youngest daughter to music lessons, or sitting track-side watching her son practice motocross, she’s taking the few minutes in between to scribble the next pages in her Racing to Love series.

When asked, “When do you have time to write?” Amy Gregory giggles.  “In bits and pieces,” she says.

Amy is known for her snarky, off the cuff sense of humor, which you’ll find shining through in the characters she’s created.  Her debut novel, Racing to Love, Carter’s Treasure, is set for release June 7, 2012.

I’ve spent my whole life trying to figure out what I want to be when I grow up, and now I’ve finally found it. – Amy Gregory

Amy does it again with "Racing to Love: Jesse's Soul"!  If I thought the first book in the series was good, this one was even better.  A beautiful story that is very well written where the characters were realistic and believable. Highly recommended for all romance lovers!

I give "Racing to Love: Jesse's Soul" a 5 star rating.