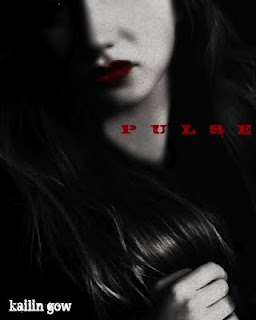 
17 year-old Kalina didn t know her boyfriend was a vampire until the night he died of a freak accident. She didn t know he came from a long line of vampires until the night she was visited by his half-brothers Jaegar and Stuart Greystone. There were a lot of secrets her boyfriend didn t tell her. Now she must discover them in order to keep alive. But having two half-brothers vampires around had just gotten interesting.

About the Author Kailin Gow:

She is the founder of the community social site, The Saving You Saving Me Project, http://www.savingyousavingme.com which helps teens, young adults, and women deal with social issues like sexual abuse, self-esteem, body image, bullying, cutting, relationships, and more in a positive community environment. The Saving You Saving Me Project is an extention of her YA-mature fiction Saving You Saving Me.
Kailin Gow began writing books for tween girls to help them with self-confidence and self-esteem. Her book, Gifted Girls Activities Guide to 365 Days of the Week, became a reference book used in girls organizations across the U.S. As her tween fans grew to become teens and young adults, Kailin began writing engaging and entertaining young adult book series for them. The results are book series like the Frost Series, PULSE Series, Wicked Woods Series, Stoker Sisters, Phantom Diaries, The Fire Wars, FADE, DESIRE, and more.

Kailin pens "Pulse" a paranormal romance for young adults in an easy to follow plot with strong characters. A fast fun read that you will find yourself finishing within one night. Recommended for all YA and not so YA paranormal readers.