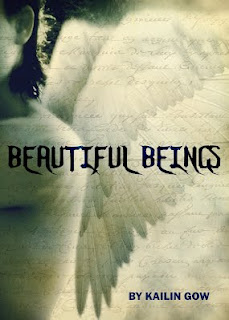 Lux, a rebel girl, who has been seeing demons and angels since she was two...

Asher, the bad boy on a motorcycle who sketches angels...

Brax Kingsley who instantly captures Lux's eyes when she moves into the neighborhood...

And the Hatchett twins whose parents were murdered, leaving them a ridiculous fortune...

All brought together...all part of the puzzle behind the Beautiful Beings.

She is the founder of the community social site, The Saving You Saving Me Project, http://www.savingyousavingme.com which helps teens, young adults, and women deal with social issues like sexual abuse, self-esteem, body image, bullying, cutting, relationships, and more in a positive community environment. The Saving You Saving Me Project is an extention of her YA-mature fiction Saving You Saving Me.
Kailin Gow began writing books for tween girls to help them with self-confidence and self-esteem. Her book, Gifted Girls Activities Guide to 365 Days of the Week, became a reference book used in girls organizations across the U.S. As her tween fans grew to become teens and young adults, Kailin began writing engaging and entertaining young adult book series for them. The results are book series like the Frost Series, PULSE Series, Wicked Woods Series, Stoker Sisters, Phantom Diaries, The Fire Wars, FADE, DESIRE, and more.

Kailin is one of my favorite authors, but that never changes how I feel about the writing of a book.  Kailin pens her characters well developed in this paranormal story with plenty of twists and turns to keep you reading. Other than the character 'Lux Collins' getting me a bit dizzy between her boyfriends, I loved the book. A nice easy read that is recommended for all YA and not so YA readers.

I give "Beautiful Beings" a 5 star rating. 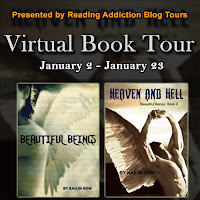