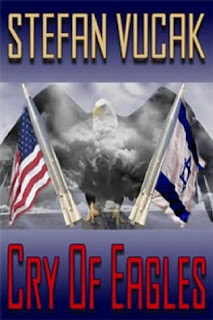 
Iran's nuclear capability represents a clear national threat to Israel. Although concerned, the United States and Europe are reluctant to increase sanctions. Frustrated that nothing is being done, Mossad decides to force the United States into action. A black ops team sabotages a refinery complex in Galveston and plants evidence that incriminates Iran, confident that an enraged America will retaliate. Congress and the public urge the U.S. president to bomb Iran, but the administration lacks direct evidence. With carriers positioned in the Gulf ready to strike, the world waits to see if the Middle East will explode into open conflict. With tension mounting, the FBI uncovers a shocking truth. It wasn't Iran at all, but Israel! A government falls and America forces Israel to confront the Palestinian problem.


About the Author, Stefan Vucak: 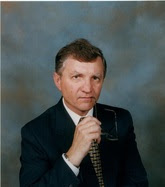 Stefan Vucak is an award-winning author of seven techno sci-fi novels, including With Shadow and Thunder which was a 2002 EPPIE finalist. His Shadow Gods Saga books have been highly acclaimed by critics. His recent release, Cry of Eagles, won the coveted 2011 Readers Favorite silver medal award. Stefan leveraged a successful career in the Information Technology industry and applied that discipline to create realistic, highly believable storylines for his books. Born in Croatia, he now lives in Melbourne, Australia.

With a mixture of current events and the different rivalries between countries or tribes, the author pens "Cry of Eagles" into a real page turning eye opener. I was impressed with the characters as are very well developed and believable, which is a rarity in most political thrillers. I don't like to give spoilers in my reviews and it's very easy to do so with this book, so I will leave this as is and not spoil it for you.... But it is a MUST read for all political thriller fans.