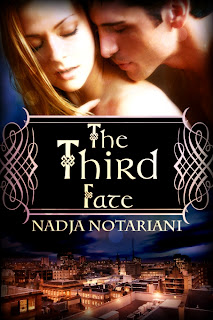 "A heartbeat sounded in his ear, the pumping of blood through his victim's body the sound he locked onto. He strained his senses to identify more fully what drew him. For the first time in ages, he could not. Although the scent pervaded the area, its source remained a mystery beyond the cursory. Female. Vampire. He wanted it. By the time he noticed the delicate creature walking toward the townhouse tenement Cael was savage with blood lust. Hunting, stalking, locked onto the female's heartbeat, his senses warned.

"What is going on with me tonight?

Shaking her head and snuggling into the chair she stretched her legs on the ottoman and sank into deep sleep. Her phone chirped much later, and she uttered apologies in her dreamlike stupor, returning to sleep like the dead. As her body rested, her mind came alive. Erotic images filled her dreams - images of a man. Tall, well over six feet in height with hair the color of blackest midnight and piercing blue eyes, he looked upon her, whispered her name, touched her. She was in paradise! The presence surrounded, occupying all senses at once. Earthy and masculine, his scent filled her with every breath. His voice, low and husky, rumbled through her body with every utterance. His form, hovering over and around her, awakened every nerve in her flesh, leaving her trembling under his gaze and aching for his caress. Yet she could not really see him for the haze in her mind. The images were jumbled, distorted, frustrating. Suddenly, he was solid before her again. But his eyes were now blood red, his gaze hungry and sexual in a way that frightened her.

In predatory manner he smelled her, a terrifying and wildly sensual groan emanating from him as he gripped her head, tilting it to expose her neck to his mouth. His eyes raked over her, and terror welled inside Paige at the sight of his incisors elongating.

I give this book a 5 star rating! 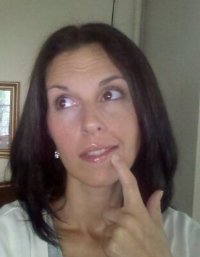 The author can be found at her website, on facebook and Romance Novel Center, or through email, and enjoys hearing from readers. nadja.notariani@gmail.com

This biography was provided by the author or their representative.