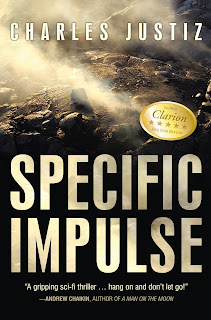 
Space scientist Carin Gonzales and former submarine commander Jake Sabio are two strangers drifting separately through life when a thunderous explosion above the giant Barringer Meteor Crater inexplicably brings them together, transforming both in unpredictable ways. Now able to see and smell more precisely and move in ways that are clearly impossible, Gonzales and Sabio soon realize that these kinds of life-changing alterations do not come without a price. Worse yet, they soon notice that others who witnessed the explosion are now dead from a seemingly incurable infection. The CDC wants nothing more than to lock them up in a lab for study. Special Agent Will Greenfield wants them for questioning. Contract killer Antonio Crubari would be happy if they would just hurry up and die, but he is willing to speed up the process if need be. Time is running out for Gonzales and Sabio. But even as they struggle to survive and find a cure for the deadly infection, they uncover a secret of monumental proportions that changes everything-including the future. 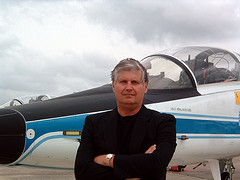 Charles Justiz is a pilot, professor, PhD and the author of Specific Impulse. A graduate of the Air Force Academy and a former officer of the United States Air Force, Justiz spent tours of duty as an instructor pilot at Webb Air Force Base as well as doing flight test at Eglin Air Force Base. Retired from NASA as of June 1, 2010, he was rated as both an instructor pilot and an examiner pilot in the Astronaut T-38, the Shuttle Training Aircraft (with more than 25 years of experience and 15,000+ Shuttle approaches), the C-9 and in the 747 Shuttle Carrier.

Overall, Justiz has logged in excess of 15,000 flight hours in more than 100 different types of aircraft, including NASA's weightless training aircraft affectionately known as the "Vomit Comet" and the Boeing 747 Shuttle Carrier Aircraft. Dr. Justiz developed the Crew Resource Management program for NASA aviators and pushed to get it adopted, was the program manager for developing an on-board landing simulation system for Space Shuttle pilots to use while on orbit and has been the Chief of Aviation Safety for NASA.

This highly experienced aviator is the author of 20 technical papers on in-flight simulation, as well as 30 technical papers on ionized plasma flows around charged spacecraft. Justiz is also a former instructor for the University of Colorado, where he taught several graduate courses in astrodynamics and spacecraft mission design. Currently, he holds an adjunct associate professorship at the University of Houston in aerospace engineering.

Excellent book, easy to read and hard to put down!  Specific Impulse is a very well written with believable characters and a lot of action with many plot twists. A truly unique and captivating book.  Now I can't wait for the sequel, which I hope is coming.  I give this a 5 star rating!