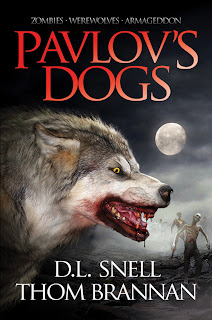 
Dr. Crispin has engineered the saviors of mankind: Pavlov’s Dogs, a team of soldiers capable of transforming into fearsome beasts. But when Crispin and his team welcome a new talented neurotechnician to the island, Dr. Crispin quickly realizes his masterwork has fallen into the hands of a man he does not trust.


Back on the mainland, Ken Bishop and his best friend Jorge get caught in a traffic jam on their way home from work. There’s a wreck up ahead. And something worse. The first sign of a major outbreak—and Ken and Jorge are stuck in the gridlock. Not only do they need to escape, but they also need to save as many people as possible on the way.


Now Dr. Crispin and his team must make a terrible decision. Should they send the Dogs out into the zombie apocalypse to rescue survivors? Or should they listen to the new neurotechnician, who would have them hoard their resources and post the Dogs as island guards? 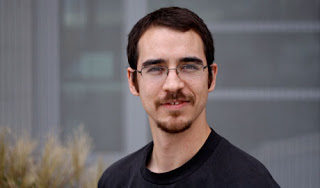 D.L. Snell Website
This biography was provided by the author or their representative. 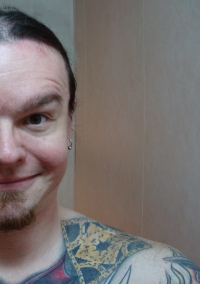 Thom Brannan (est.1976) has been a submariner, a nuclear operator, an electrician and now works on an offshore drilling platform and is an Affiliate Member of the Horror Writers Association.
He's a freelance editor for Permuted Press and anyone else that will have him. He has been published in several anthologies, in several genres. Thom find his inspiration equally from Robert B. Parker and H.P. Lovecraft. He is the co-author of Pavlov's Dogs (with D.L. Snell) and Survivors (with Z.A. Recht).
Thom lives in or around Austin, Texas with his lovely wife, Anita, a boy, a girl, and a dog.
Thom Brannan on Amazon
This biography was provided by the author or their representative.

The authors did a fantastic job in combining Zombies, Warewolfs and modern man.  The story line flows very nicely from event to event and I found it to be more believable than I thought it would be.  Pavlos Dogs is well written and not far-fetched as one might believe of a Zombie/Warewolf novel.

I give this book a 5 star rating.